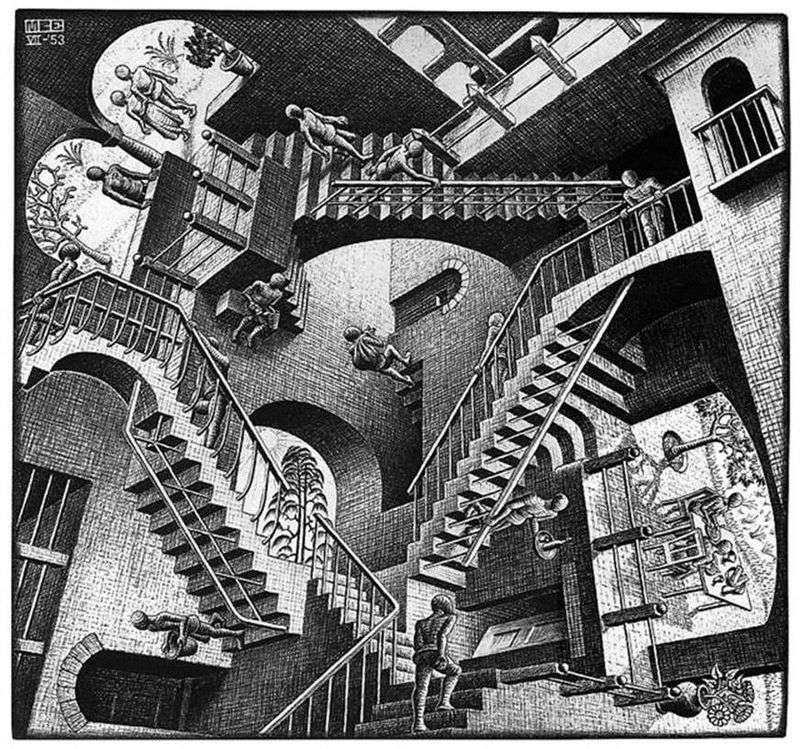 In his very famous work “Relativity” Maurits Escher uses a special technique called tessellation. With its help, one drawing plane is divided into several parts. In the painting, the artist arranged the composition in three planes perpendicular to each other.

Such works by Escher continue to amaze spectators with intricacies of shapes and planes, they are full of various visual paradoxes, sometimes invisible without careful study of the image.

So with this work: at first glance it seems that in the picture all the forms perfectly match with each other, but having looked closely, there are points of contact in which the contradiction is noticeable. This world, created by the artist, contradicts all laws of physics and gravitation.

Many critics noted that the works of Maurice Escher are rather complicated for understanding to the ordinary spectator, but in spite of this, the complex geometric forms in the artist’s works have become very popular and still in demand in our time.