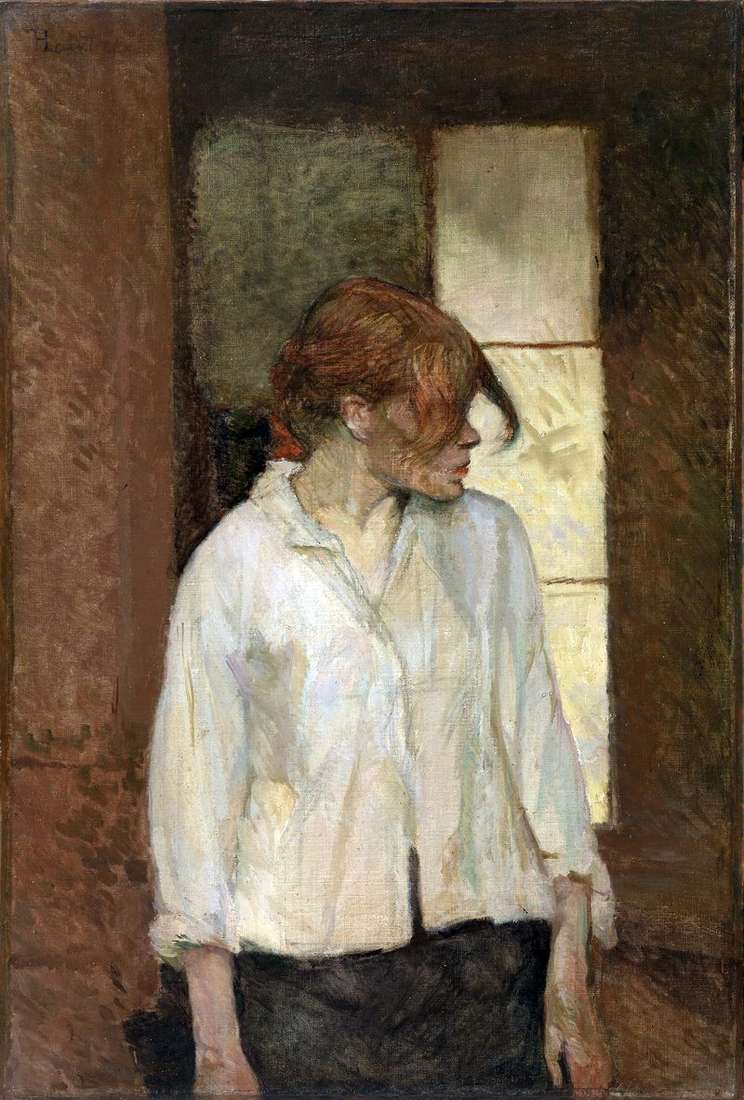 The Barnes Foundation, Marion, Pennsylvania. Lautrec tirelessly wrote. And he drank too, tirelessly. Fucking like a cockerel, he flaunted his dissolute life, cynically carelessly brushing aside the mores of Bourges, Albert and all those who were upset by his behavior.

He laughed: “You must be able to put up with yourself.”

He wrote the street women of Montmartre, the “girls” as they were called. Now from his paintings, on which he portrayed maidens of easy virtue, stupefied and unhappy, bore sadness. But he himself laughed, laughed as if there was no sadness. Sometimes, however, he broke the words: “Anyone who says that he does not care, in fact, does not give a damn… because the one who really does not care, just does not talk about it.” It was hard to say who and what he was thinking about at that moment.

For some time, Lautrec’s attention was drawn to one constant visitor, “Elise-Montmartre”, with red hair, which fell straight on her narrow, thin face.

Where did this Rose, Lochmata and redhead come from?

This girl with a sad and animal expression soon became one of Lautrec’s favorite models. He made several sketches from her. In the film “In Montrouge”, which Bruan hangs in his cabaret, Lautrec wrote her standing at the window in a dark room, half-turned to the light, with a strand of hair falling to her eyes. Her tousled hair and profile stand out against a light background. A fascinating tragic image! Someone from friendly motives warned Lautrec that he should not get too close acquaintance with the Red-Haired Rose: “Be careful, dear, she can make you such a gift, from which you never get off.”