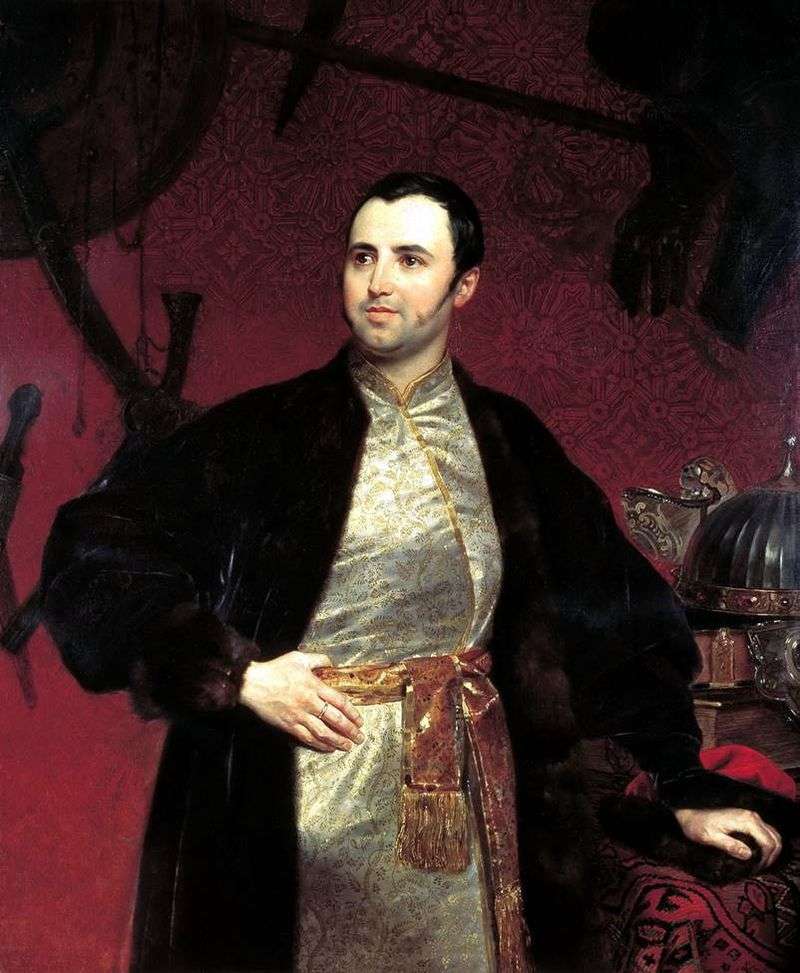 Standing at the table with ancient utensils in brocade caftan, MM Obolensky majestically and positively poses before the artist. The choice of clothes by the artist was justified.

Obolensky was known as a scientist who dedicated his works to ancient Russia. Bryullov did not like the portrait. He was aware of the failure of his creation and refused to finish the portrait, despite Obolensky’s unremitting requests.