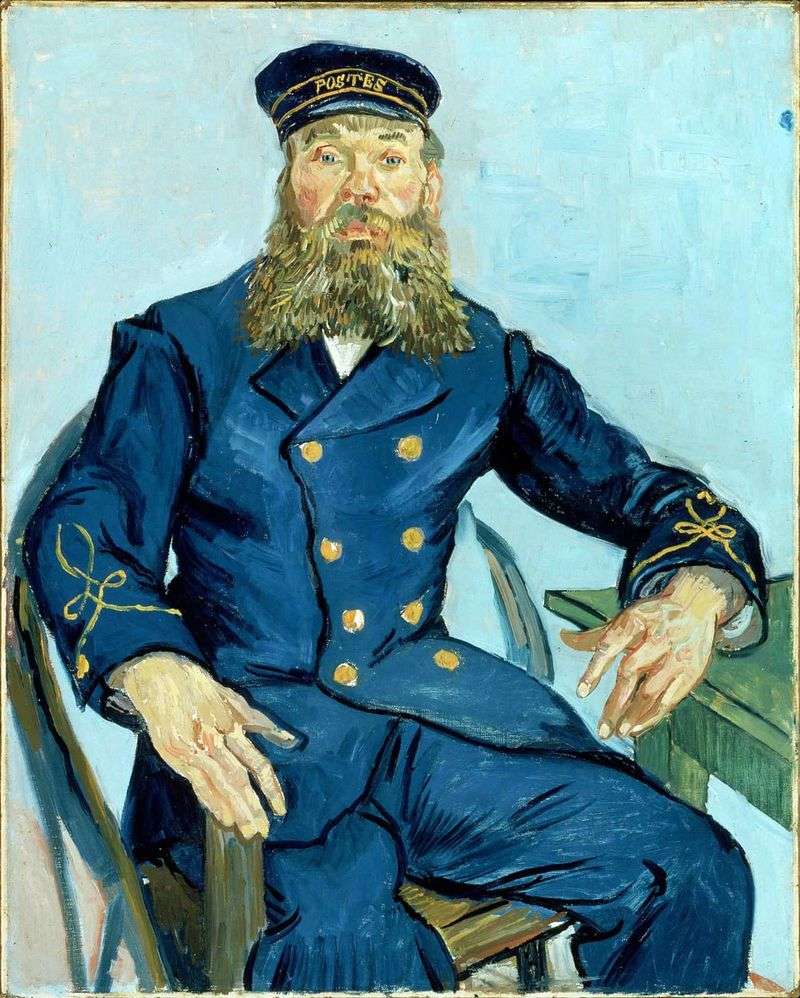 In his letters to Emil Bernard, Van Gogh often expounded his portrait concept, illustrating the argument with a constant reference to a Dutch portrait of the seventeenth century. Hals and Rembrandt, he claimed, were the first and most important portrait painters, but not in the sense of simple creators of facial similarity.

In their work, viewed as a single whole, they created a “portrait” of the whole society, a vibrant, healthy and sensible republic. Van Gogh wanted to achieve a similar social image, but the social relations of our time were not as robust as theirs. His plan was reactionary

and utopian, and as a consequence more limited. So he planned to draw the family of the dissatisfied Republican Ruthen, the postman.

The plan originated in the summer of 1888, continued throughout the autumn and finally ended in 1889. His first portrait of Ruhlen, sitting, in a painting three-quarters of full growth, on which the model faces to the right, resembles the portrait of Madame Roulin. On compositions in three-quarters she also sat, but face to the left. The size corresponds to a pair of conjugal portraits in Dutch painting of the XVII century.