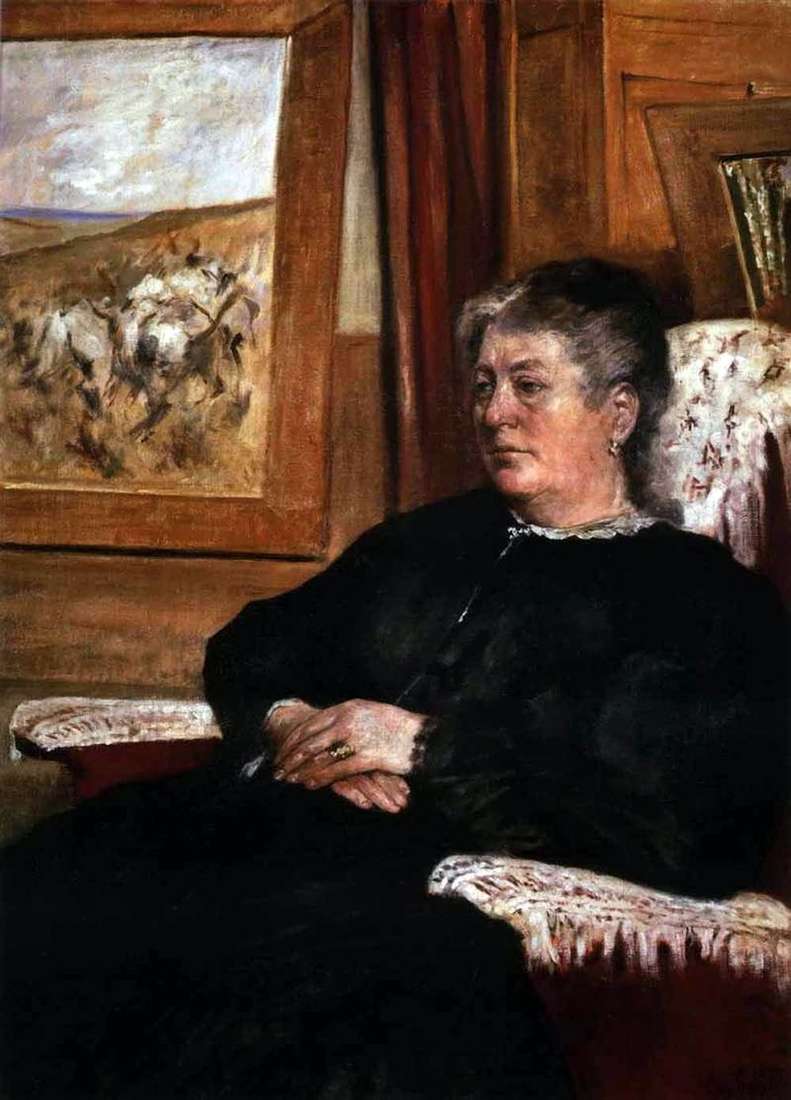 In 1903, Marianna Bigazzi died, the second wife was an artist whom he fervently loved. His longing for her, he poured out in passionate letters to his stepdaughter, who lived in Montevideo. Two years later, however, Fatti once again decided to combine a legal marriage – this time with Fanny Martinelli. She was his last love. That was the most exalted friendship of two loving hearts, cloudless and all the more touching, that the young wife was at the time of marriage seventy years, and his wife – a little less.

The portrait presented here was created shortly after the wedding. It reflected all the tenderness, fed by the painter to his girlfriend. Do not let her misguided and elderly face deceive you, a somewhat sagging figure, a casual black dress. All this is just a mask behind which the most loving soul is hidden, dissolved in every facet of the face, giving the woman’s short-sighted gaze a special meekness and concentration. Interestingly, Fanny Martinelli is pictured against the background of her husband’s picture called Tabunschiki.