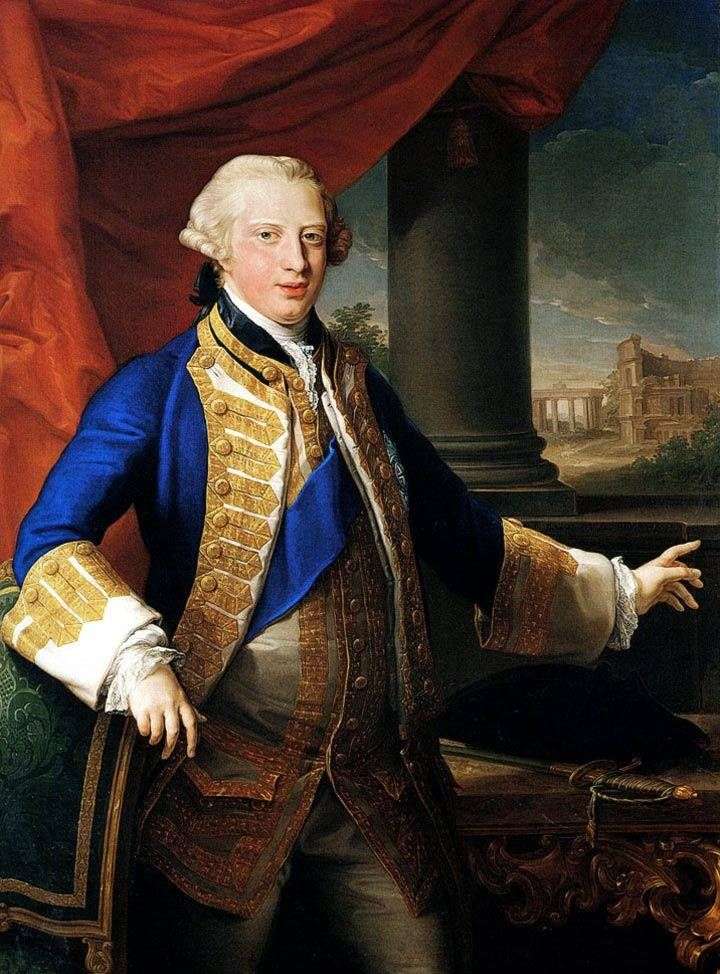 Painting of the Italian artist Pompeo Batoni “Portrait of Edward Augustus, Duke of York.” The size of the portrait is 135 x 100 cm, canvas, oil. The history of the city of York and the York Duchy began in 71 AD, when the Romans, conquering northern Britain, built here their stronghold – the fortress of Eboracum, soon to become the center of Roman possessions. York was visited by the emperors Adrian and Septimius Severus.

With the retreat of the Romans, the village of Eforvik remained on the site of the fortress. In the Anglo-Saxon era, this settlement became the center of the kingdom of Northumbria, from where Christianity actively spread.

The significance of York has increased significantly after the Norman conquest. Here were built powerful fortifications. Until the Industrial Revolution of the 19th century, York remained the second most important city in England. In York there are: the Art Gallery, the Yorkshire Museum with finds of Roman and Celtic time, the Yorvik Viking Center with an exhibition dedicated to the Vikings, the Museum in the fortress of the times of William the Conqueror, the National Railway Museum.

Among the monuments of architecture: the cathedral, the city wall, the city gate, the Roman-Gothic cathedral, St. Mary’s Abbey and the Dukes of York, the dwelling houses.