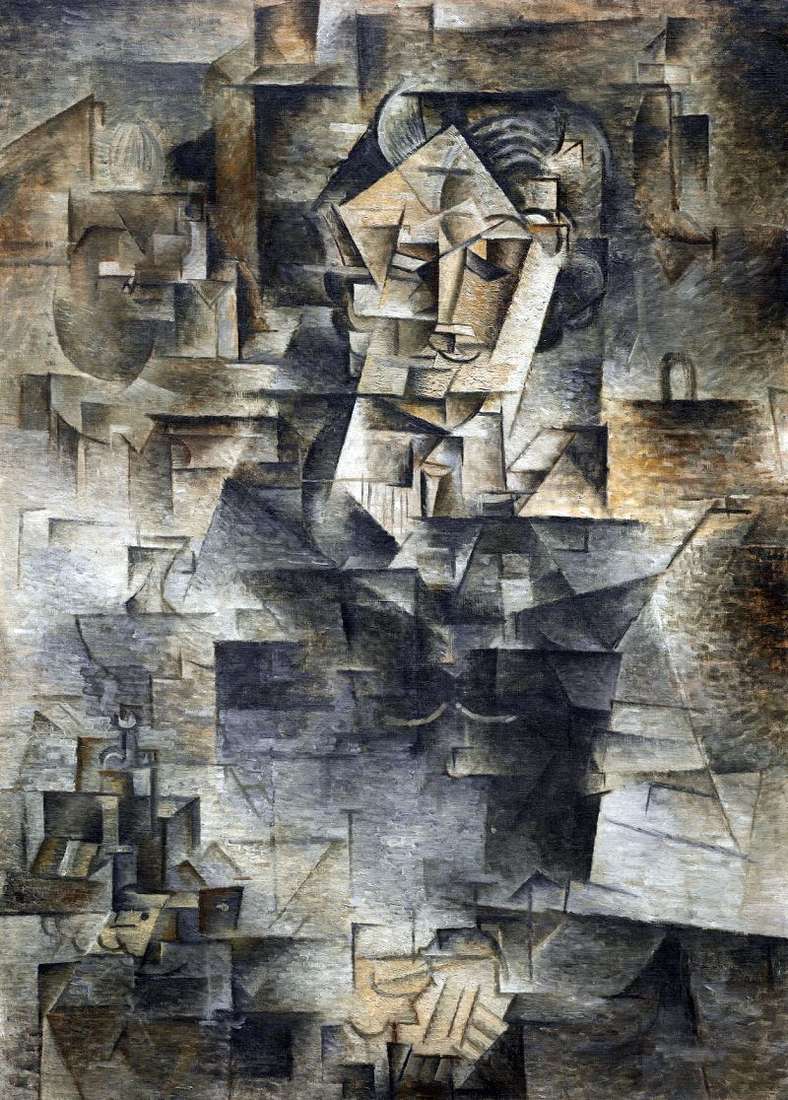 In 1910, Picasso with unprecedented enthusiasm creates several works in a new, actually created by himself aesthetics. Tireless in the search for models for portraits, the author is interested in this particular genre, in it the new vision of a man and his inner world is particularly vivid and unusual.

Canweiler among them is the hottest fan of the talent of the master. Within a second, the bicolor jumble of geometrically accurate figures begins to form into a portrait. It is not easy for the viewer to “hold” the decaying image into components, and also to build a real image of the model. But

after a few minutes, everyone is convinced that the man in the portrait smiles, that his posture gives out some embarrassment, stiffness.

In an incredible way, the public begins to “see” a neatly combed head, an exquisite and flawless costume. The portrait gradually reveals the character of the hero, the features of his inner worldview. The work was sold to an American collector and for a long time pleased only friends and business partners of the owner. Then the work entered the Art Institute of Chicago, as a gift from a collector.