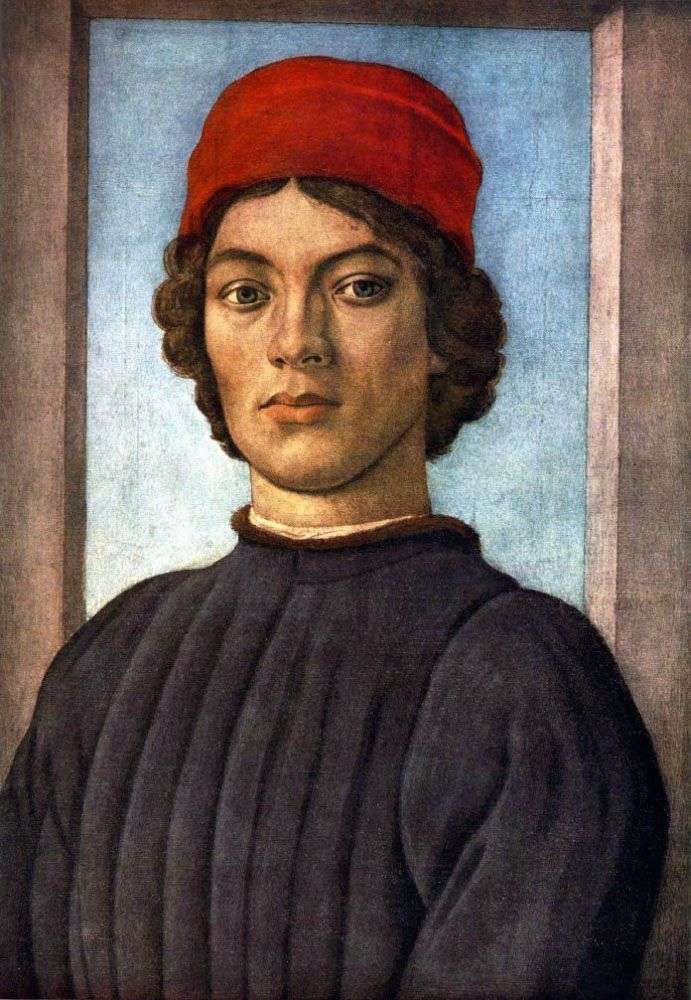 By the end of the 15th century, in Florentine art, in parallel with the confident gait of the classical style, a different, opposite tendency emerges, which is characterized by a return to the restless expression of Gothic art.

Among other artists following this trend was Filippino Lippi, a student and follower of Sandro Botticelli, in whose studio he entered at the age of fifteen. Not only the fact of apprenticeship determined the similarity of the art of the pupil and teacher, but also the kinship of artistic temperaments.

The figure of the portrait, a clear silhouette drawing against the background of strict rectangular shapes, is very close to the foreground. Fine-looking, features of spiritual refinement, subtle traces of spiritual vulnerability, desire to protect his inner world are characteristic of the picturesque-shaped characteristic of a young man. In the face of the portrait there is a strange mixture of sensuality and spirituality. All this deprives the image of renaissance integrity. The combination of bright red, transparent blue, dark gray and brown colors underlines the dynamic nature of the life depicted.