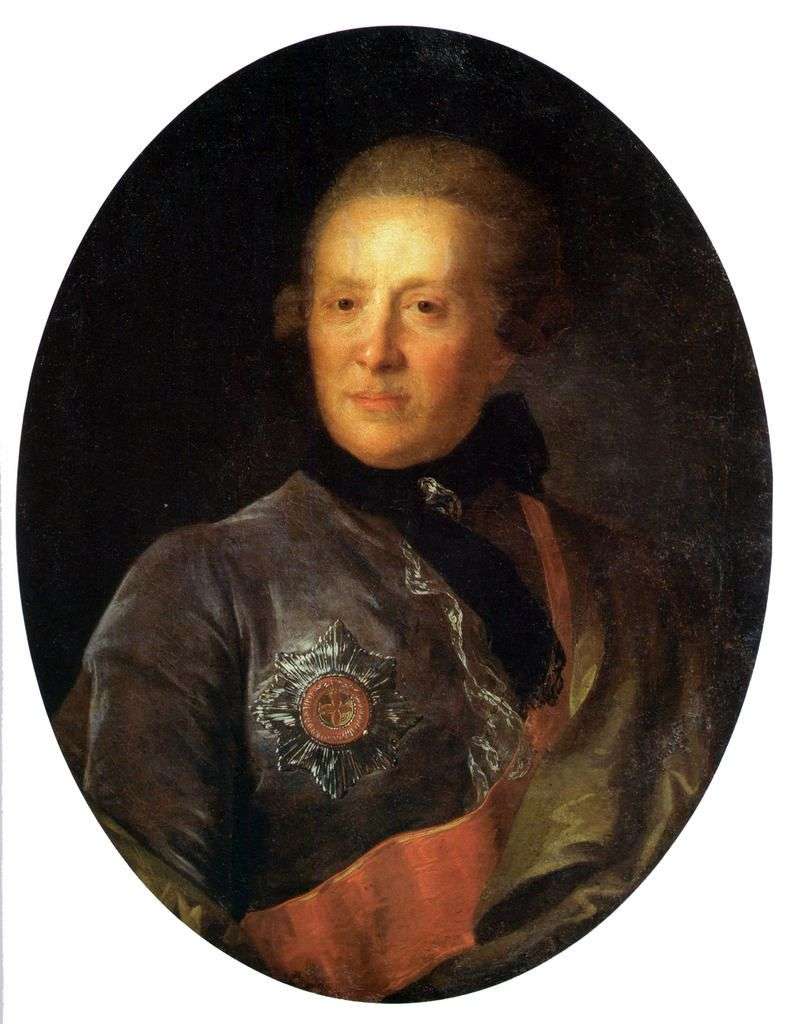 Rokotov wrote an elderly man with all the high-ranking regalia of a state councilor. But behind external parade he does not hide the anxious dissatisfaction of the personality of a tremendous creative power, the caustic acrimony and the unbalanced nature of the poet, which so cost him in life. A smile that expresses cheerfulness and superiority does not extinguish, but also illuminates the sadness in his eyes. Before us is the largest poetic authority of the eighteenth century.

With what respect and pleasure Grinev from A. Pushkin’s Captain’s Daughter remembers about him: “My experiences for that time were pretty, and Alexander Petrovich Sumarokov… praised them very much…” Rokotov, of course, tragedy I saw him, read fables, and witnessed how his love poems and verses were memorized and repeated everywhere. And popular prints with texts of fables were sold in all bookstores. The artist could not relate to the poet affection.

But the portrait creates, without embellishing: the personality is outstanding and controversial. As Sumarokov proudly turned to us, displaying the star and the scarlet Annan tape in a dignified manner, but the artist ignores all this – the face, first of all the face, attracts it. And it seems that all the genres owned by the poet: tragedy, comedy, fable, ode, love verse, were combined in this mirror of the soul. The face of a poet, preacher, passionately wanting to teach stupid herd of the ruling nobility.

Were not close to Rokotov the preaching of a rational beginning in a man: “do not love evil deeds, flattery, drive away love for money” … Didn’t he share attacks against stupidity and ignorance: “And you who have no mind, brainless nobleman” … And therefore, above all, the artist in the portrait emphasizes the proud dignity of talent, the poet’s faith in his purpose. The portrait is eloquent: on a reddish face, a squeamish fear coexists with vulnerability and contempt for those who underestimated his talents in various fields – and he was also the first director of the Russian theater, and published the magazine “The Hardworking Bee”.

A man, ambiguous, arrogant, touchy, who knew both the sweetness and the poison of quick glory, he finally understood: “everything is kolovratno”. Portrait of a man leaving forever – in the same year, Sumarokov will not. Only the actors spend on the last journey of their director and playwright.