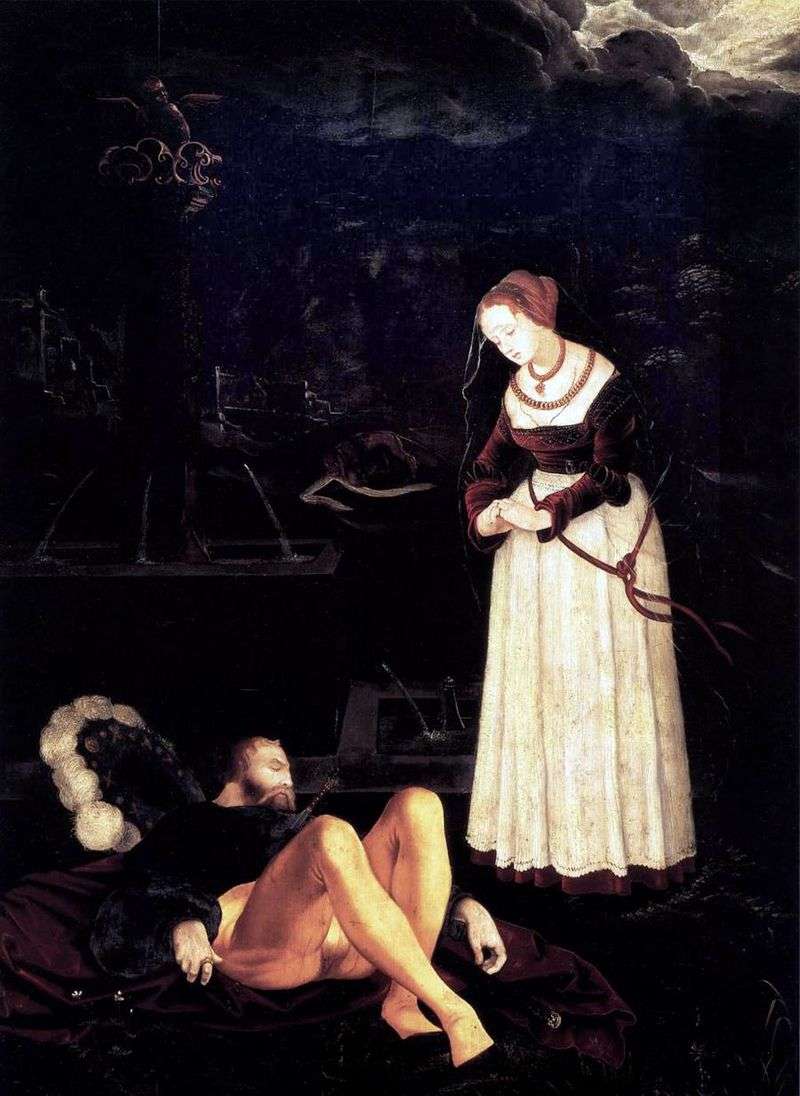 Unusually interpreted Baldung Green popular in German art of the XVI century. the story of Piram and Fisby, narrated by Ovid in “Metamorphoses.” Unlike his contemporaries, who usually portrayed the ending-the suicide of Fisba, Baldung chose the non-key moment of the legend, introducing Fisbu silently standing over the dead lover.

In the painting “Piram and Fisba” the scene lost its connection with the plot, lost its certainty, “recognizability”, acquired a generalized meaning, turning into a mournful farewell to the lovers, to the tragic last date. The pyramid lying on the ground with a dagger in his chest seems to be asleep, he is so calm that the boundary between life and death becomes elusive, as in some allegorical works in which Baldung depicts sleeping babies symbolizing the dualism of life and death. The event occurs at night, the mysterious darkness and the light of the moon make habitual objects vague and bizarre. Amurchik on the fountain turns into the ghost of the night, anxiously experiencing what is happening.

Ovid tells how the lovers, despite the prohibition of their parents, decided to meet secretly one night outside the walls of the city. The meeting was scheduled for a tall mulberry, standing on the bank of a stream. Fisba came first, but while she waited for her lover, “appears with a snout in the foam of the bloody bulls tortured just now, a lioness.” Fisba escapes, but at that time a handkerchief falls from her shoulders, which the lioness, having found, tore her bloody mouth open. When Piram came and saw the bloody blanket, he pictured the worst. Kicking himself for the alleged death of his beloved, he plunged his sword into himself. His blood spattered forever mulberry berries. Fisba, when she returned, found her lover dying; She grabbed the sword and, directing it directly to her heart, rushed at him.