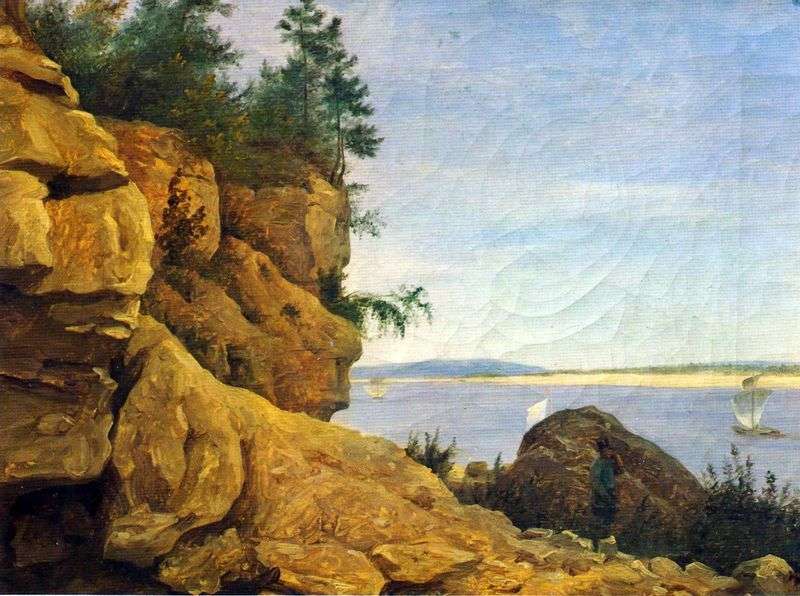 In February 1838 a petition was sent to the President of the Academy of Arts and the Ministry of the Imperial Court: “… Academician Gregory and his brother Academician Nikanor Chernepov asked permission to go to them in the coming summer from Rybinsk to Astrakhan with water for painting from nature the most remarkable places for both the banks of the Volga in a panoramic form.

During this voyage, they assume to remove the general views of cities, significant villages and other objects in it, which for some reason deserve attention, as well as picturesque locations and in general places remarkable for historical events, remnants of antiquities and costumes. “

The trip took place thanks to the support of the Society for the Encouragement of Artists, who rightly saw in the artists’ intention noble enlightening and patriotic goals. In addition to many drawings, sketches, etudes, the Chernetsovs performed a panorama of both banks of the Volga. It was made in black and contained one thousand nine hundred and eighty-one sheets, with a total length of more than 330 fathoms. Finally, the panorama was finished only in 1851.

Unfortunately, it has not survived to the present day. Etude “On the Volga.” The cliff “is written clearly from nature and well conveys the structure of the Volga cliffs, the color and texture of the stone, the nature of the vegetation. The first plan is sharply approximated to the viewer, and the Volga distances immediately following it create a striking contrast.