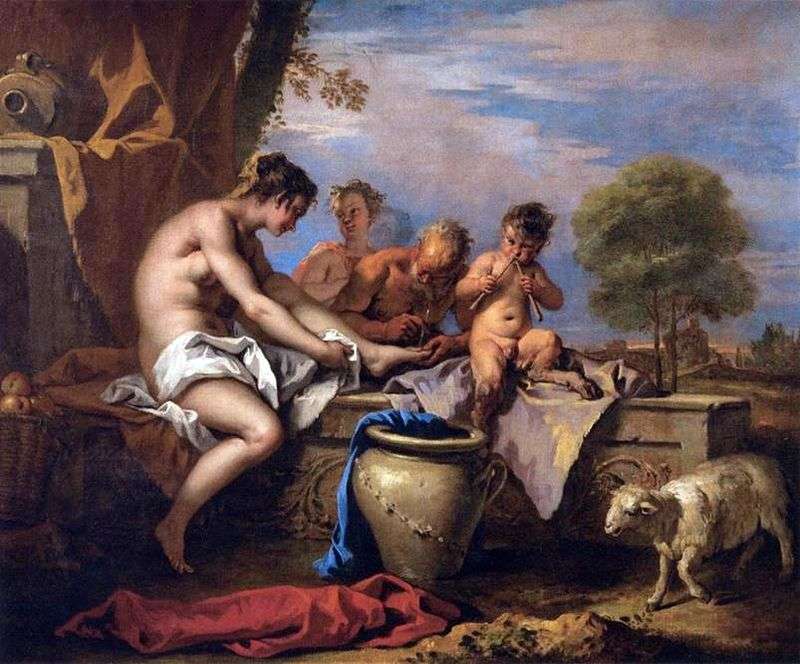 Painting by Italian artist Sebastian Ricci “Nymph and Satire”. The size of the painting is 64 x 76 cm, oil on canvas.

Already in the early period of creativity Ricci preferred to create paintings based on historical, mythological and biblical scenes. This work of the painter with the image of the beauty of a nymph and flexible satyrs, allegedly performed by the artist during his stay in England in 1712-1716, was no exception.

After being released from prison, Ricci moved to Bologna, where the Duke of Parma Ranuccio II Farnese became patron and customer of the artist’s works. In Bologna, the painter first worked for the church of San Michele del Mercato in collaboration with the artist Ferdinando Gali Bibien, then Sebastiano Ricci created the composition “Pieta” for the convent of Nuovo Capucino by order of the duke.

In the years 1687-1688 Ricci wrote a series of paintings for the palace of the Duchess Farnese in Piacenza, glorifying the life and ministry of Pope Paul III.