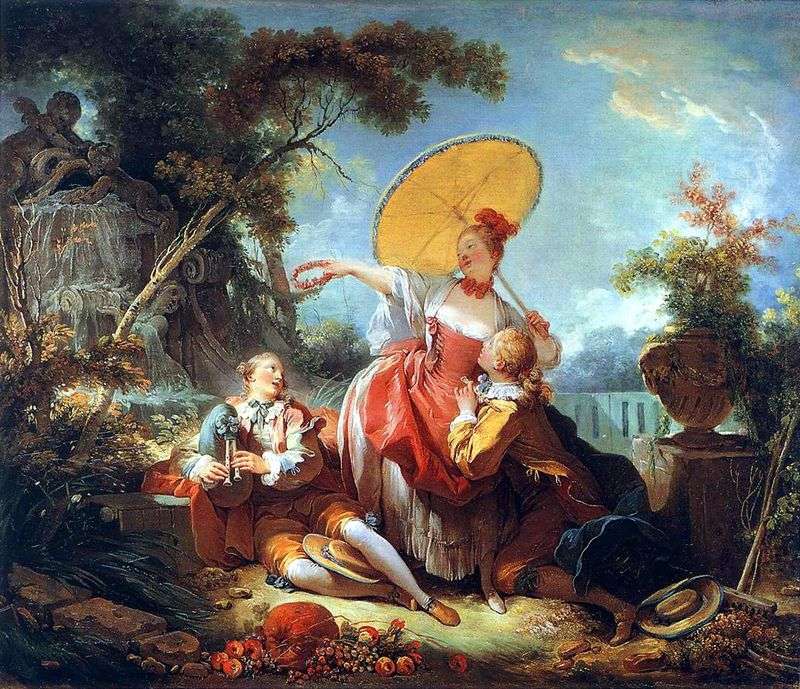 Painting of the French artist Jean Honore Fragonard “Musical Bet”. The size of the picture is 62 x 74 cm, canvas, oil. The painting of the painter is also known under the name “Musical competition”; refers to the early period of the work of Fragonard.

Actually, according to the French law, all debts that occurred from the game and bet are considered invalid, except for those that originated from games intended for spiritual and bodily exercises, such as: literary dispute, philosophical dispute, musical betting, fencing, running, horse racing etc.; but here again the court has the right, in case of excessive rates, to refuse the suit.

Paid voluntarily by a non-returnable bet is not subject to return, unless the winner has not been cheated, fraud, violence, etc.