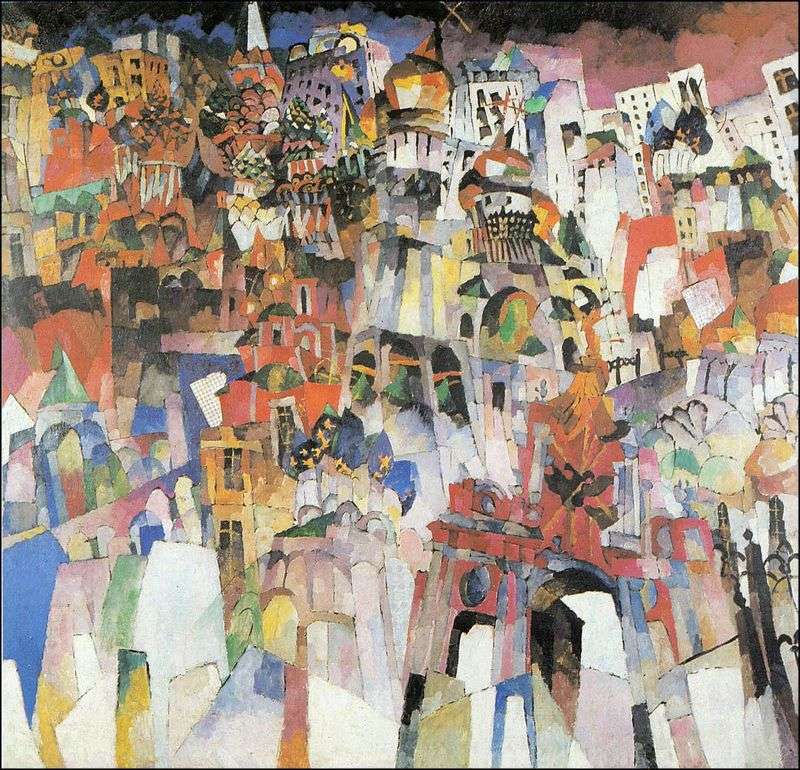 In 1913, Lentulov wrote the panel “Moscow-Moscow”, which became the pinnacle of his primitive hyperbolism. Concentrations of colors as if beckon the viewer to plunge into this pulsating abyss, so that from inside they can feel the mysterious energy of moving churches and walls. The famous color dynamics of Lentulov is reflected in this picture: the color does not develop from the center to the periphery, but from one edge of the picture to the other.

However, in the colors of “Moscow” there is no rejoicing inherent in the previous work – the famous painting “St. Basil”. According to the artist himself, he took for the center of the panel the highest point of Moscow – the Ivanovo bell tower and placed all the buildings around it. Lentulov saw his idea in the depiction of a city from the point of view of three epochs: the epoch of the 15th century, baroque and the modern epoch. Dissatisfied with burning paints, Lentulov equips the canvas with pieces of gold and silver foil, thereby once again confirming his attitude to the canvas as a decorative item.

The artist called this orneism style of decorating her works, but she found no use in the works of other masters. The viewer first saw the panel “Moscow” at the Bubnovaleta exhibition in 1914.