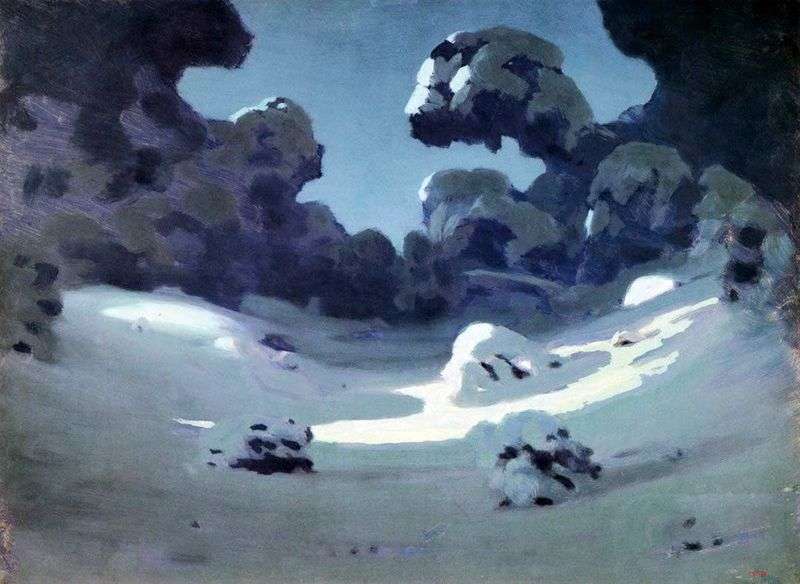 The period of creativity Kuindzhi, which was sometimes called “quiet”, came in the 1880s, and was characterized by impressive discoveries by the artist, who at the highest level possessed spectacular decorative techniques. This was most clearly manifested in winter landscapes, and the top of the achievements was the canvas “Moonlight spots in the forest.” Winter. “

Trying to penetrate deeper into the mysteries of light, it seems that Kuindzhi is looking for an “extreme feature”, a kind of maximum glow of the moon, which he can achieve in his works. Along with the increase in the light “heat”, the artist does not forget about the romantic idiom, using for this light silhouette, and also significantly complicating the outline.

The winter forest of Kuindzhi is attractive, it fascinates, it looks like a fairy tale, familiar from childhood, but slightly forgotten. At the same time, here there is light not only of the “native” moon; besides it, the magic of the landscape is enhanced by the radiance emanating from the mysterious cosmic source. The fire of these two worlds, organically complementing, and reinforcing each other, became evidence of the artist’s conquest of a new creative peak.