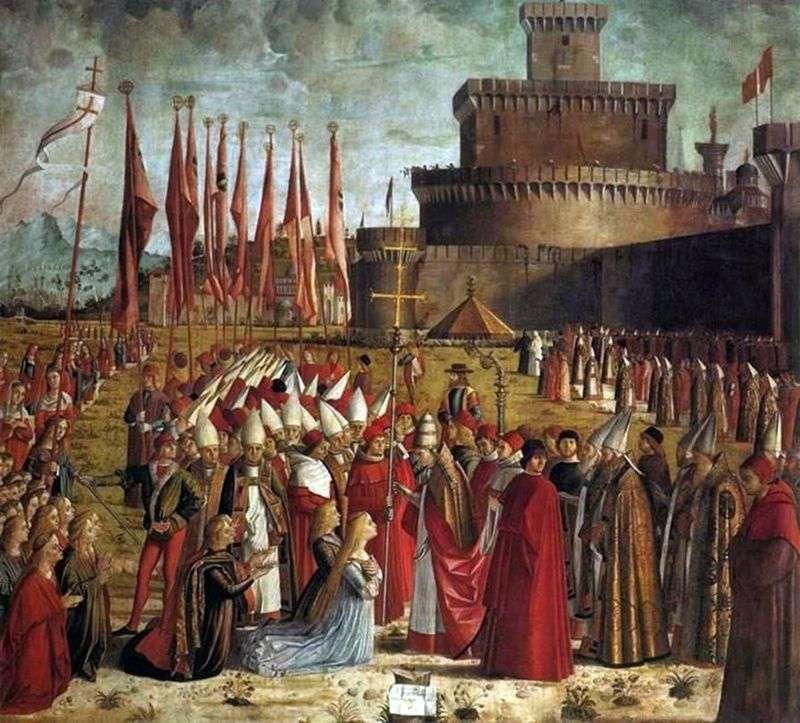 The painting is part of a series of nine works that tell of the life of St. Ursula, created for the brotherhood of St. Ursula.

The cycle begins with the scene of the marriage of the pagan prince to the daughter of the king, who was a Christian, and ends with the murder of the holy Huns in Cologne. A special place in the cycle is the theme of Ursula’s journey with the retinue. In the picture, the pope greets the bride and groom. On the left is Ursula’s retinue, and in the center and right, next to the pope, are the figures of the church fathers.