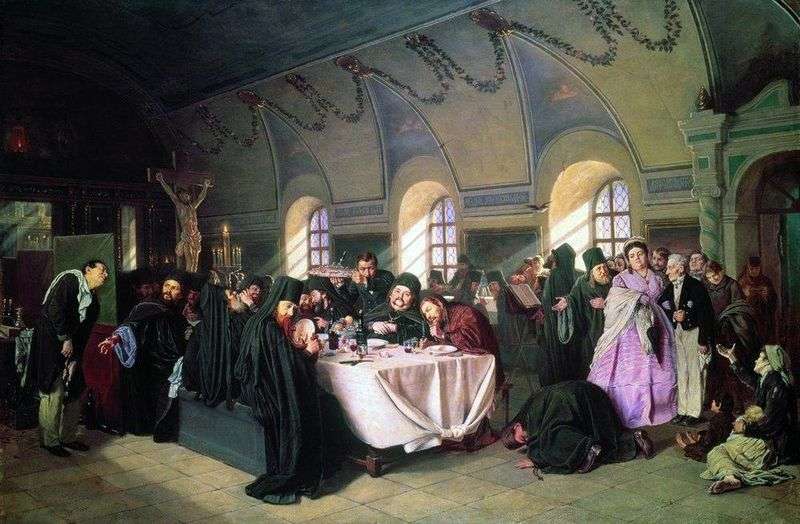 Vasily Grigorievich Perov – an outstanding master of the 1860-1870s, whose theme of creativity was the exposure of the imperfections of modern society. His painting reflected the worried Russian intelligentsia of the fate of “humiliated and offended”, the lives of specific people, their pain and suffering.

Having united in their opposition to the “darkness” of the surrounding reality, writers and artists acted with harsh criticism and passionate condemnation of the vices of mankind and the injustice of the social system.

The composition unfolding before our eyes seems

Citizenship of poetry and painting of the 1860s-1870s, in which straightforwardness and caustic irony are often found, expressed in the general lack of color and everydayness of the narration, are perceived today not as a disadvantage, but as a feature of the “artistic grief” of the era. It is no coincidence that many works of the artist were not allowed to be displayed at exhibitions and shown to the public.