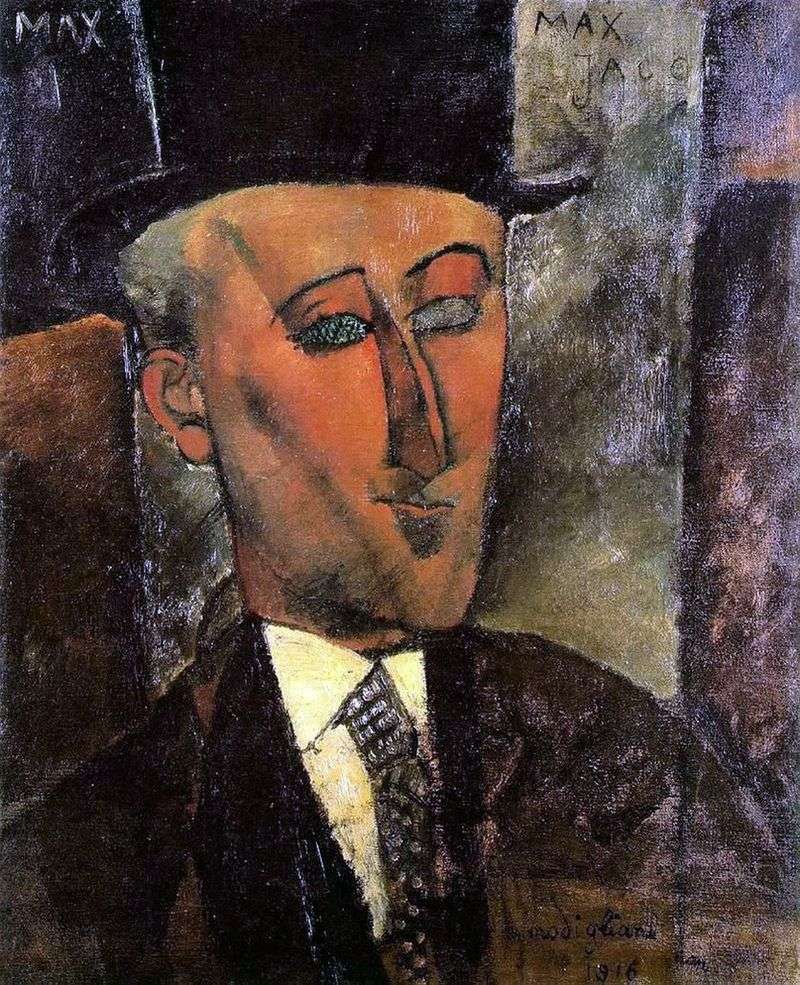 The French writer Max Zhakov is invariably mentioned everywhere where it is a question of new trends in art that have declared themselves at the beginning of the 20th century. He was friendly with many prominent representatives of the then culture. He himself wrote the texts, exquisitely weaving fantasy and reality. Subsequently was close to surrealism. He ended his life tragically – in a fascist concentration camp.

This portrait is characteristic of Modigliani’s work, who was interested not in abstruse abstractions, but only in man and his soul, translucent through the body. Once the artist said: “The human face is the highest creation of nature.” He never changed this credo.