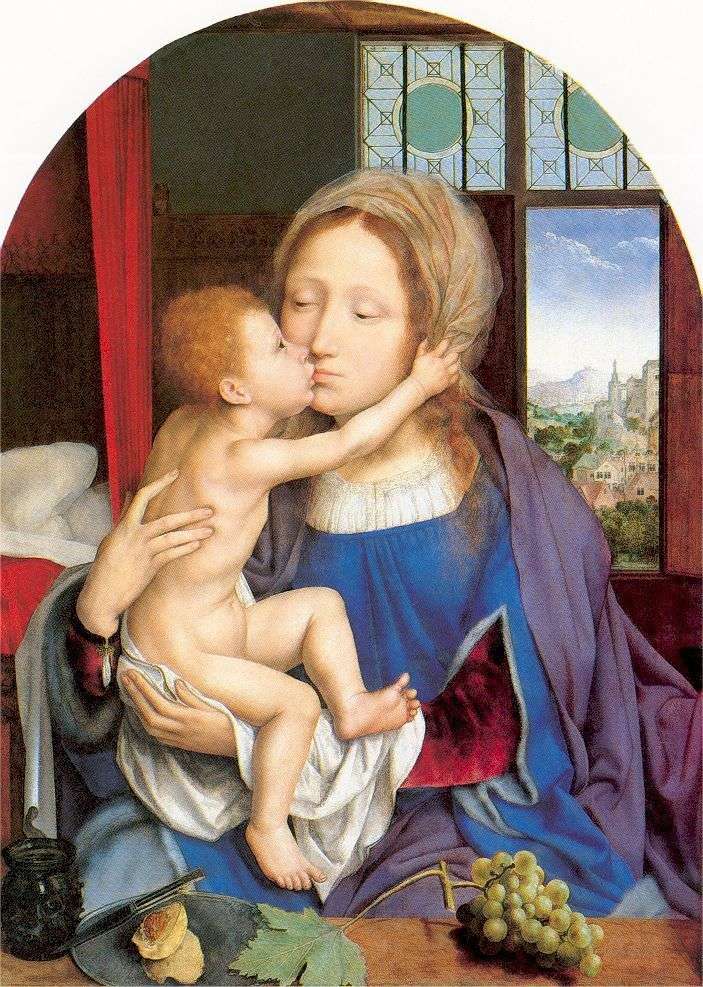 Paintings by Maysys on a religious theme were highly valued during the life of the artist. Most likely, lyrical images, not devoid of a certain share of sentimentality, appealed to his contemporaries.

The touching impulse with which the little Christ embraces the mother, clinging to her cheek, involuntarily makes us recall the image of the Mother of God, which is widely revered in the Orthodox tradition. The theme of the caressing of the Infant, the joys of motherhood and at the same time the hidden sorrow anticipating His future torments of the cross are one of the most important for the Christian world perception. In addition, in this picture reveals the full talent of Maysys.

The rich color, built on nuanced combinations of warm brown and ocher tones with silver and blue, effectively complements the emotional and lyrical structure of the work.