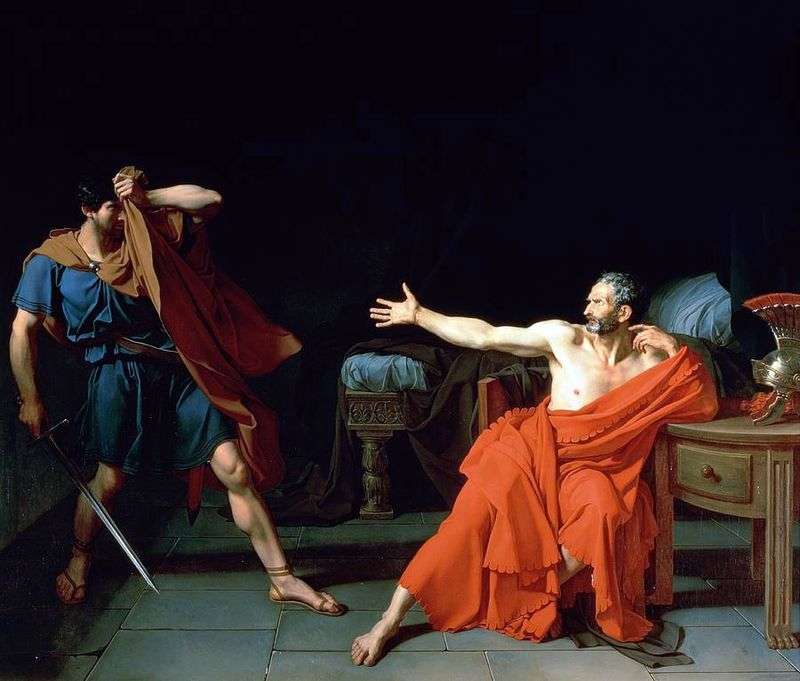 Jean Germain Drouet was the son of François Hubert, a famous French portrait painter who was patiently posed by the entire Parisian nobility. Jean Germain was the last representative of the Drouet painters’ dynasty. He died at twenty-five in Rome after a serious illness. His talent and skill did not have time to fully reveal himself.

In the painting “Marius, imprisoned in Milturne”, performed with skill, impeccable in composition, the influence of the works of the famous master JL David, whose favorite pupil was Jean Drouet, is evident. The picture is executed on a plot from the biography of the Roman politician and commander Gaius Maria, written by Plutarch.