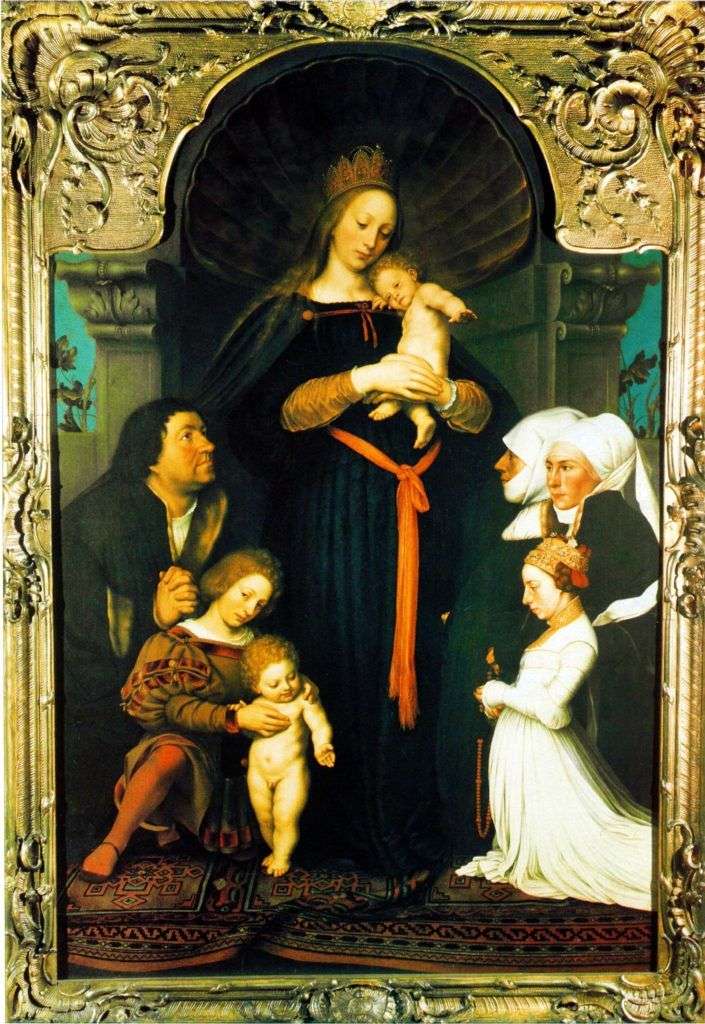 This famous altarpiece was painted by Holbein, commissioned by the former Basel burgomaster Jacob Meyer. This type of altar image is known in Germany as “Schutzmantelbild” – it is due to the fact that the Virgin Mary in this case covers with its cover the donors who ordered the painting.

In England, these altar images are called “Virgin of Mercury” or “Virgin of Pity”. In the European art of the 13th-14th centuries, the artists often painted this story, but Holbein’s majestic work clearly stands out against the general background. On the left in the picture is the customer of the painting, Jacob Meyer, with his sons, already dead by the time of its creation. To the right of the figure of the Mother of God, Meyer’s first and second wives and his daughter, Anna, stiffened in kneeling positions.

X-ray studies recorded several serious amendments and “correspondence” – scientists suggest that the picture started in 1526 was completed after the artist returned to Basel from London in 1528.