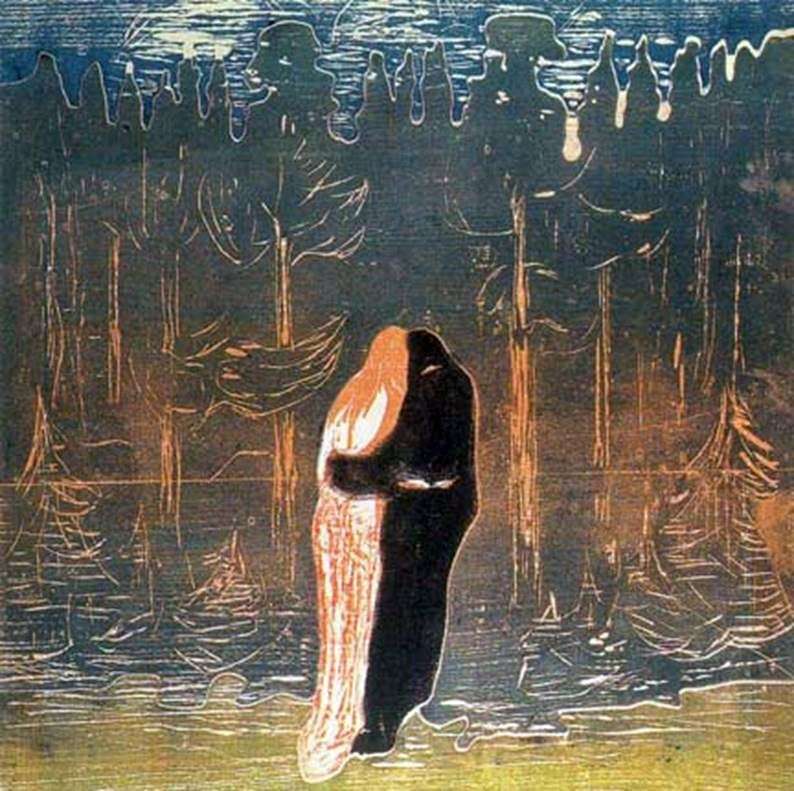 Munch was one of the outstanding engravers of the XX century. His favorite technicians have always been etching, lithography and wood engraving. It is difficult to find an artist equal to him in this field of skill. Despite all the magnificence of etchings and Munch’s lithographs, such as “Anxiety,” he received the greatest fame for woodcuts.

Such engravings have been known since the 15th century, but by the 19th century this technique had been forgotten – the “fault” of that is the lithography, it was then that appeared and allowed the artists to reproduce more subtle details. Munch was able to prove that the rough texture of a tree can be successfully used as an expressive element of an engraving – for the example of such a use, we mention the work “Lovers”.

The engravings, Munch, had a great influence on the German expressionists, who found that this technique could not be better suited to their creative tasks.