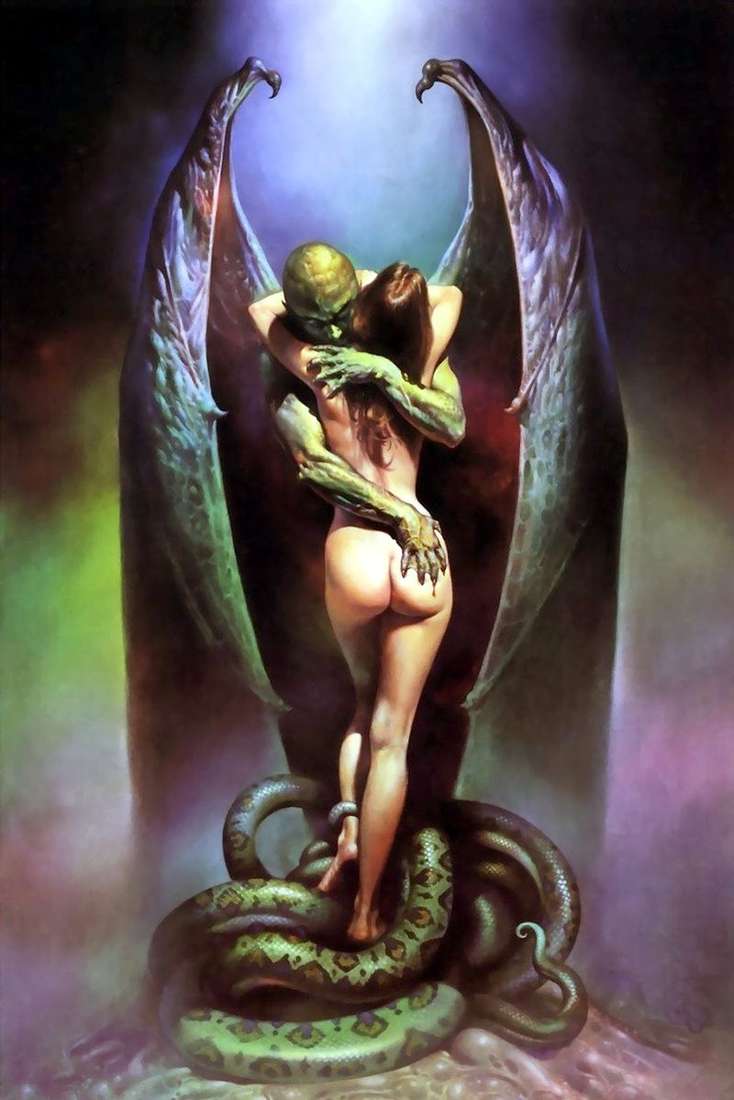 Boris Vallejo, widely known for his fantastic paintings, not only art critics, but also a large audience audience, was born in the family of a famous lawyer in Lima, Peru. For a long time Boris could not decide in life. At first he wanted to become a violinist: for 7 years he worked hard at music. Then Vallejo decided that his vocation was medicine, and for a while he devoted himself to the study of medical sciences. Two years later, Boris again changed his mind and entered art college. Talent Valedjo did not go unnoticed, the young man was awarded a five-year scholarship, which allowed him to get an excellent education.

The study did not cause him problems, it did not take him long to get the title of gold medalist due to his magnificent works. Already at the age of 16 Vallejo was invited to study in Fiorentina, in Italy. For many, this could seem like the top of dreams, but Vallejo did not accept the offer, preferring to hone his skills at home.

In 1964, Vallejo, having collected an album of his most successful works, emigrated to the United States in the hope of a successful career. Boris was poor, besides he did not know English, and if it was not for the lucky chance, Vallejo’s career would have ended already in those days. In one of the restaurants in the Bronx he was lucky to meet a compatriot who found Vallejo an illustrator in the advertising department of the chain of shops where the artist worked for 8 years.

Deciding to become independent, Vallejo tried himself as a fashion designer and book designer. Working on the design of covers of books in the style of fantasy, Vallejo discovered for himself that it was this style that he most liked. Illustrating the comics, Vallejo created the image of a woman fighting a prehistoric monster. The style of fantasy allowed the artist to portray beautiful and muscular human bodies in all variations. Almost all the works of Vallejo are scenes of wild sensuality.

One of the most popular illustrators of his time, Vallejo made not only the choice of themes, but also his remarkable artistic experience. Since the late 70’s. he alone developed covers for 300 publications, including “Tarzan”, “Conan” and the comic book “Heavy Metal”.

The favorite character of Vallejo is a noble savage. In addition to him, other male characters appear in the drawings, as a rule – monsters, fantastic figures. Fantasy Vallejo allowed him to create a whole gallery of unusual creatures: dogs with lion heads, tails of lizards and wings of bats; jaguars with six legs and the body of an eagle; monsters with a panther head, dinosaur skinned. The heroine of many of his paintings is a woman, extraordinarily flexible and graceful. This image Vallejo reproduces always in the same, slightly exaggerated form, deliberately emphasizing the flexibility and femininity of the figure.

One of the most expressive of his works is “Kiss of the Vampire”. The monster – a man-bat – passionately hugs a naked girl, which the viewer sees only from the back. The bloody claws of the monster dig into the delicate flesh of the girl, from under them the blood flows in a dazzling white skin. The girl, however, does not feel pain at all, she herself is passionately seeking a vampire, passionately wanting his kiss. The viewer has the impression that the girl guesses that a vampire’s kiss can turn her into a monster, but this does not stop the heroine: in a fit of passion she wants to merge with the monster, form a single whole with him.

Drawings by Boris Valedjo always speak of the eternal struggle between good and evil, the beauty of the human body, the triumph of reason over a brute animal force.