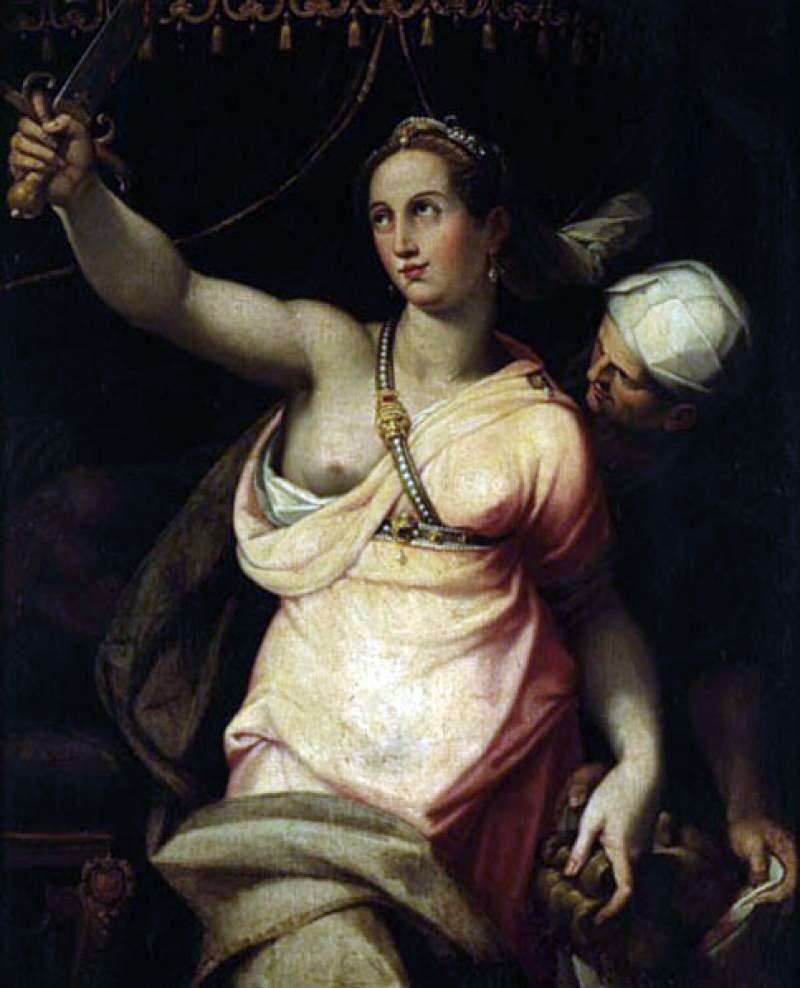 Painting of the German painter Hans von Aachen “Judith”. The size of the picture is 72 x 58 cm, wood, oil. Judith is a Jewish heroine of a well-known ancient history, which is the content of the non-canonical “Judith’s Book.”

According to this ancient tradition, when the king of Babylon, Nebuchadnezzar, demanded from the conquered nations a reinforced set of troops, some nations opposed this, and to subdue them, the king sent his military leader Holofernes, who was to punish the Jews who were among the rebellious. The Jews fortified themselves in Bethulia, which was also besieged by Holofernes.

The siege dragged on: in view of the lack of supplies, the city was threatened with death. Then a young and beautiful widow, Judith, appeared to be the savior of him, who, by feigned affection by obtaining the trust of Holofernes, chopped off his head with his own sword, and the Jews, after making a sortie, defeated the confused enemies and drove them out of their country.