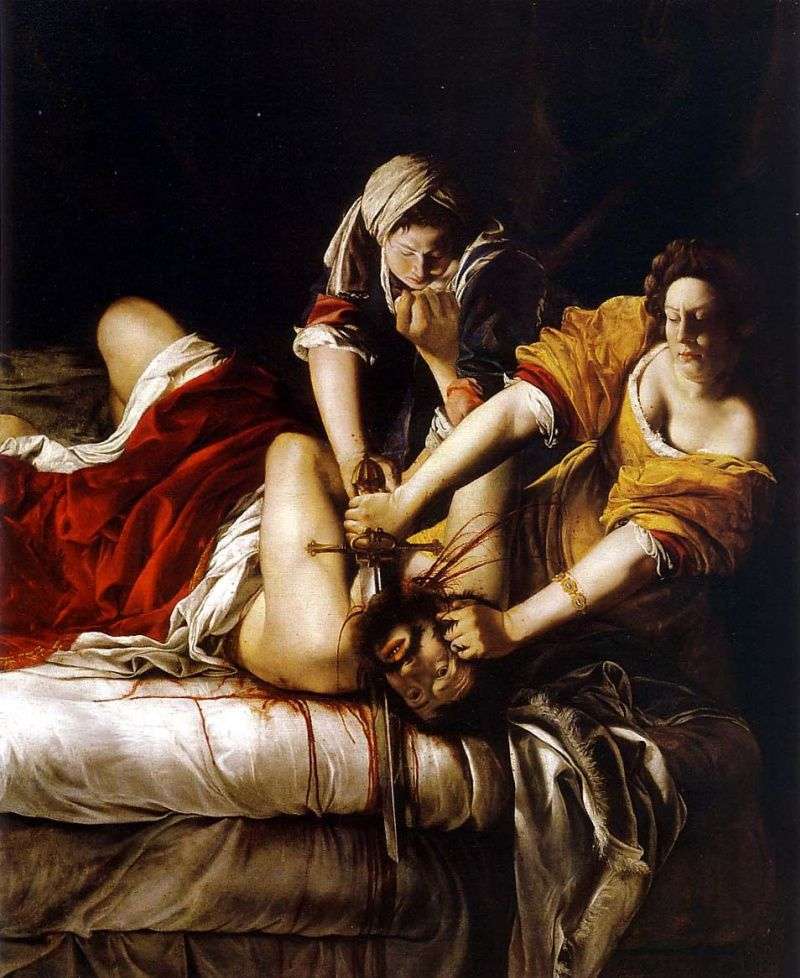 The daughter of Orazio Gentileschi, the best of those who belonged to the Caravaggio School, Artemisia Gentileski inherited all the features of this direction. They also showed up in the presented picture. For the canvas, the artist chose the moment when the Israelite Judith, who seduced the Assyrian commander Holofernes, whose army besieged her hometown, kills him. Gentilesky depicts a bloody scene with frightening details: the maid tries to keep distraught Holofernes with fear, and Judith grabs him by the hair and thrusts into the neck the blade of the sword.

Painting Caravaggio, who also portrayed Judith and Holofernes, David with Goliath’s head, distinguished dramatic drama. The influence of this master explains the complex poses in the painting Gentileski, and the bright white light, like a flash of lightning, snatching out of the darkness of the figure. Like her correspondence teacher, Gentileski skillfully depicts a human body, now strong and tense, like the hands of Judith, now soft and almost helpless, like the shoulders and feet of Holofernes. Developing around the invisible axis of the composition, the forced emotions of the characters, some theatricality inherent in the depicted – these are the signs of baroque art, in which the artist showed herself.