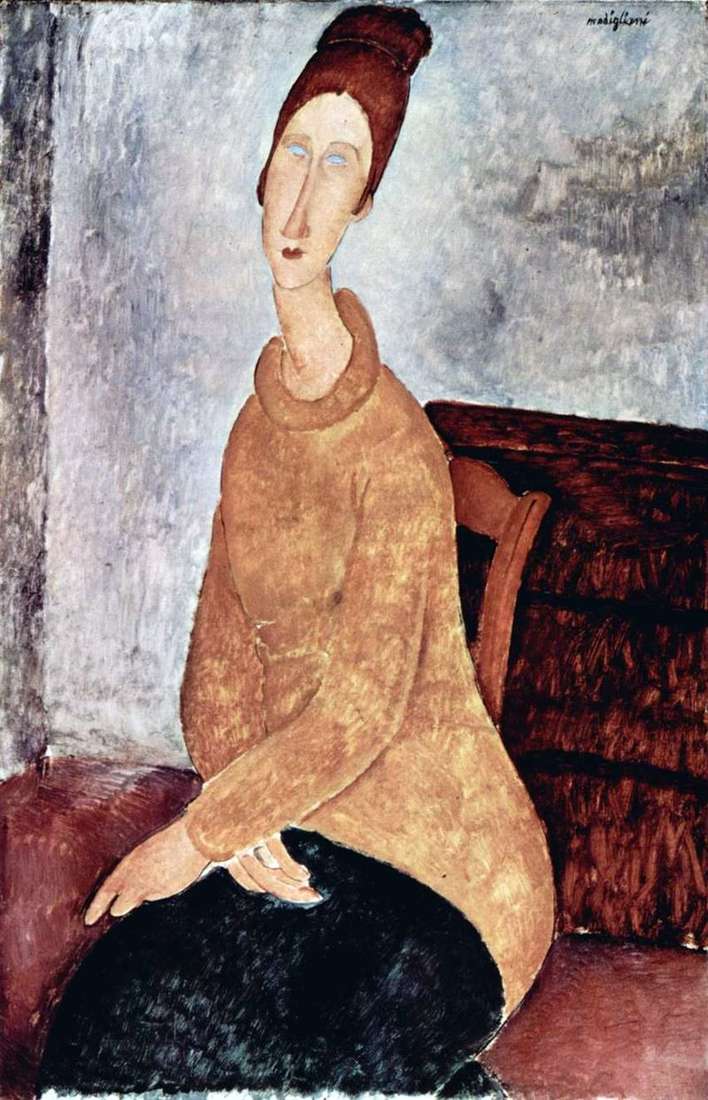 Jeanne Hebuterne was the favorite model of the artist in the last years of his life. Her portrait is one of the best. It is not dated, but the elongated forms, transmitted by smooth lines, indicate that the picture was created at the very end of the artist’s life – most likely in 1919.

Despite the warm color of the sweater, the atmosphere of the picture is cold and tense, and Jeanne herself gives the impression not of a living person, but of some strange creature resembling a pagan idol. The head crowning the swan neck resembles the African masks that Modigliani was so fond of. Joan’s eyes look like blue ice.

Knowing about the tragic denouement, waiting for her union with the artist, unwillingly think about the secret meaning of the picture and begin to look in it for visible signs of imminent death. However, without it, the work of Modigliani leaves an oppressive, disturbing feeling.