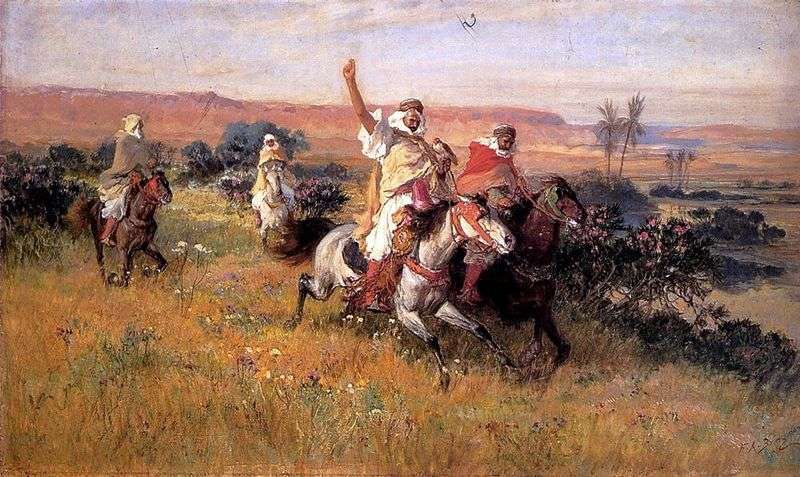 Today, some people strive to agree to the fact that, they say, only business is the only occupation for a real man. Well, if you talk like that, then in previous times, therefore, such an occupation could be considered a hunt. Hunters, of course, did not survive to this day. In the province they are much larger than in big cities. However, it is only in words that it is easy to kill. Those who have seen tears in the eyes of dead roe deer, elk or deer will remember this for the rest of their lives. And, as you know, maybe he will not take rifles anymore.

Among the types of hunting there is one special – hunting with a falcon. Birds of these specially, as they would say now, “trained”, were trained for this kind of occupation. Such hunting was considered a privilege of aristocrats, princes and kings. Historians know a lot of chronicle facts describing this fun.

In the painting by the artist Frederick Artur Bridgman, four mounted Arabs rush at full speed. A faithful falcon sits proudly on one of their shoulders, whose white horse is about to break free. Hunter triumphantly raised his hand, as if invoking good luck and anticipating it. They skip fields, where rare vegetation underfoot and occasionally come across bushes.