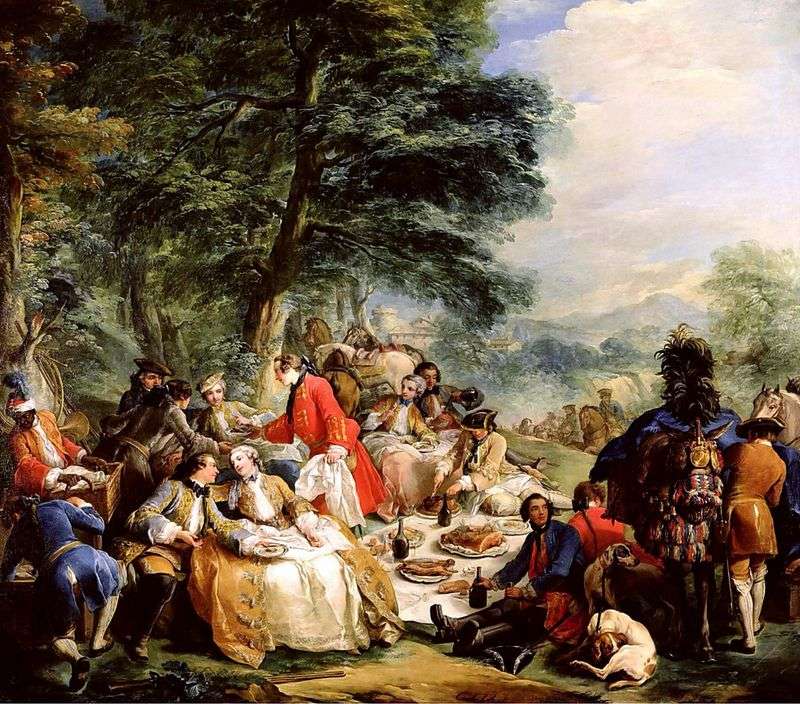 Karl Vanloo is the most famous French artist from the Vanloo dynasty. His artistic career began at the age of 14, when he came to Paris from Italy, where he lived from the age of seven. The first paintings the artist created on religious subjects. Subsequently, the genres in which he worked were surprisingly diverse.

Vanloo wrote costumed and representative portraits, decorative panels, performed cardboard for the Tapestry manufactory, created works on mythological and religious subjects. He was one of the first to paint pictures in the genre of costumed scenes on oriental and exotic themes. The painting “Rest on the Hunt” was written by Vanloo for dining in the small apartments of the King in Fontainebleau. At this time, the artist flourishes.