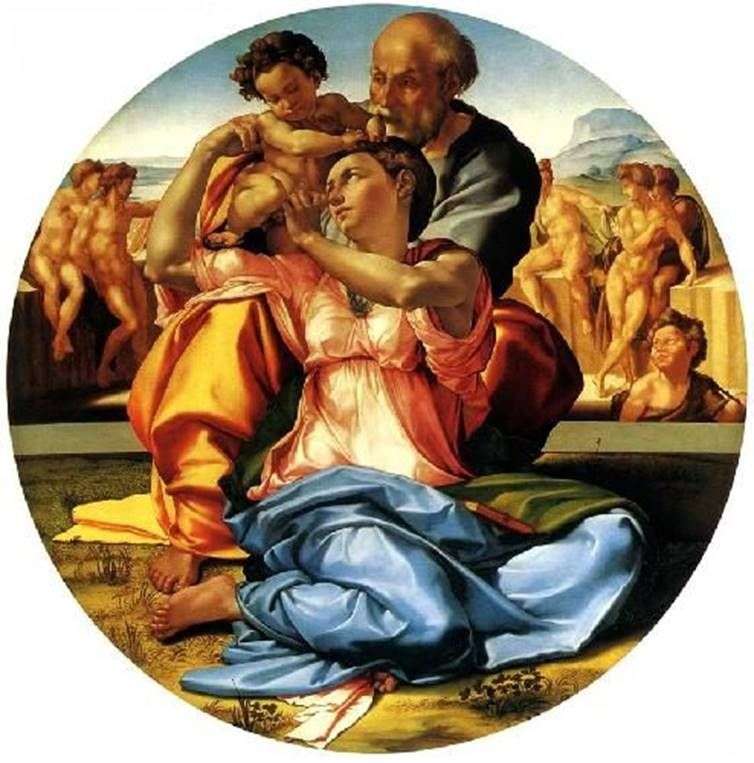 “Tondo” – the so-called round in shape picture or relief. In our case, this is not exactly a tondo; Michelangelo’s piece is a little more tall than wide. It got its name in honor of Agnolo Doni, a prosperous Florentine weaver, who ordered a picture for his wedding. The original frame was developed, probably by Michelangelo himself. Tondo Doni is the only completed and extant picture of the artist, performed on wood.

Considering its complex composition, viewers most often admire Michelangelo’s outstanding mastery of the draftsman. Some critics find the job too sharp in color. This product is accompanied by a lot of mysteries. In particular, the meaning of naked youths in the background is unclear. Someone considers them as figures of angels, and someone, on the contrary, as a symbol of the pagan world perception. In the latter case, it could organize the main plot of the picture, built on the opposition of paganism and Christianity, embodied in the main characters.