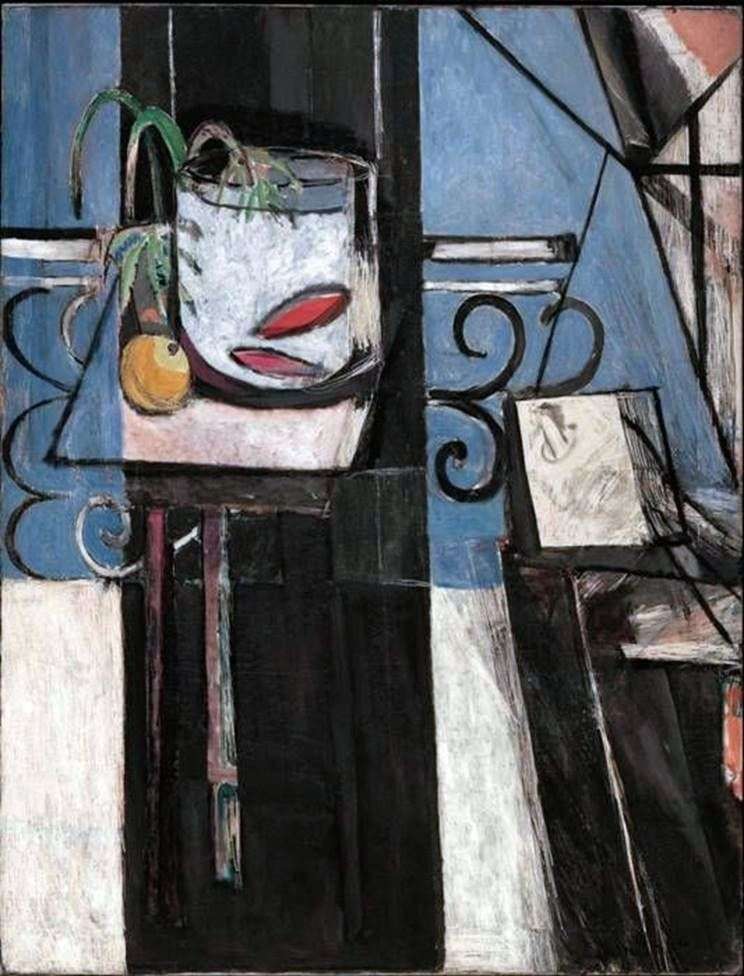 Date of establishment: 1914 During a visit to Morocco, Matisse noted that the locals, after consuming some intoxicating drugs, spend time in silent contemplation of goldfish. Returning to Paris, he set the bowl with such a fish in his workshop.

In nine paintings by the artist these creatures appear, but this one is probably the most famous. Initially, Matisse sketched a self-portrait, with a palette in his hand, like Paul Cezanne. Fish and a palette indicate a hidden connection with the work of “Harlequin” Picasso, interpreted as a self-portrait. Matisse and Picasso were close friends, but also eternal rivals.