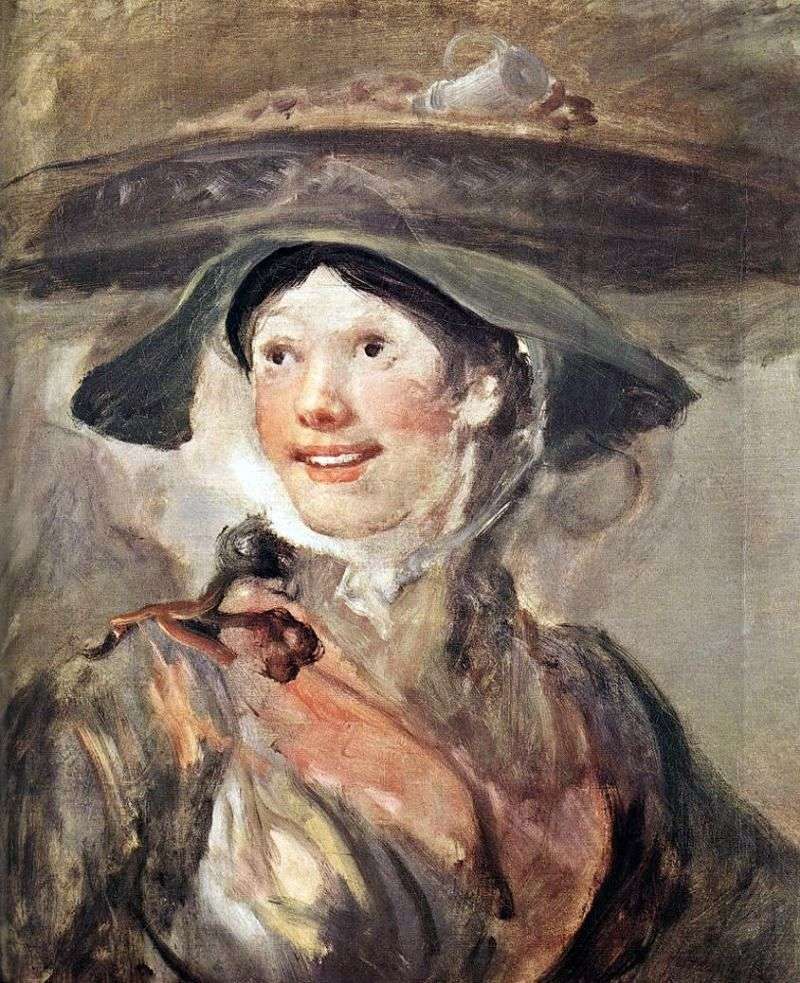 Of course, Hogarth did not limit himself to depicting satirical subjects. A girl with shrimps is one of the positive, life-affirming images, close to the characters of Frans Hals. This unfinished work of the artist amazes with powerful energy, tremendous power of emotional influence, picturesque boldness and bright sensuality.

Many researchers compare this picture with the canvases of the French Impressionists. Here Hogarth seemed to have stopped for a moment. Apparently, in the last years of his life the artist tried to portray a man who had forgotten about his role in the endless “comedy of life,” and show how beautiful he is without makeup and conventions, with which he rarely leaves.