Home ⇒ 🎨Shishkin Ivan ⇒ From the vicinity of Gurzuf by Ivan Shishkin 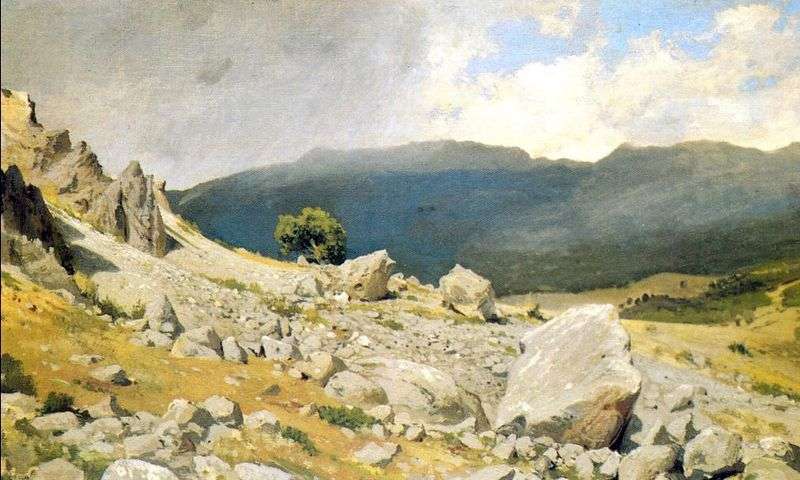 Sunny Crimea has always attracted artists – they went there for new artistic sensations, for new colors. In Crimea, nature is sharp, distinct, transparent, striking with unexpected shapes and multicoloredness, it seems to wash out a “soapy” look.

Shishkin also did not escape the general temptation and in the late 1870s he worked in the Crimea, bringing to Petersburg a lot of sketches. Twelve Crimean landscapes, such as Cape Ai-Todor, Crimea, 1879 and From the Surroundings of Gurzuf, he demonstrated in 1880 on a personal thematic exhibition.

At that time, similar thematic exhibitions were popular among the Wanderers – especially the five-year-old exhibition of Oriental studies by Polenov, perceived by young artists as a new word in painting, took place.