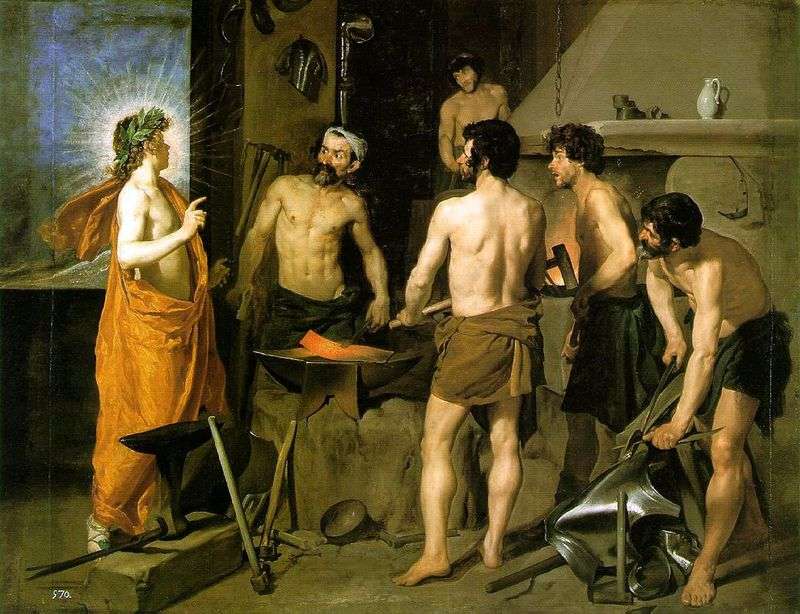 Painting of the Seville artist Diego Velasquez “Forge of Vulcan”. The size of the picture is 223 x 290 cm, canvas, oil. Writers of the classical antique period left almost no detailed information about blacksmithing, but the images of the Vulcan smithy, both on vases and bas-reliefs, and in the narrative of poets, allow us to conclude that the smith’s tools were very close to modern ones.

At the time of the Roman emperors in many cities there were factories of weapons belonging to the state. Blacksmiths-armourers consisted of every legion. “Codex Theodosianus” contains a whole “clause” about these military smiths: “fabricenses”. The remnants of such forges were found, for example, in the ruins of a Roman fortress near Hamburg.

The incus, weighing about 15 poods, shows that the then technique allowed processing of considerable iron pieces. In the same place, the remains of furnaces were found, where iron was mined and a lot of slag, indicating a long work. These furnaces were little more than ancient Egyptian pits for obtaining iron and worked also with the help of bellows, creating soft iron. The need to have good weapons was the reason that blacksmith art developed during the era of the migration of peoples, and in the Middle Ages it reached even the degree of true art when decorating churches and other buildings.