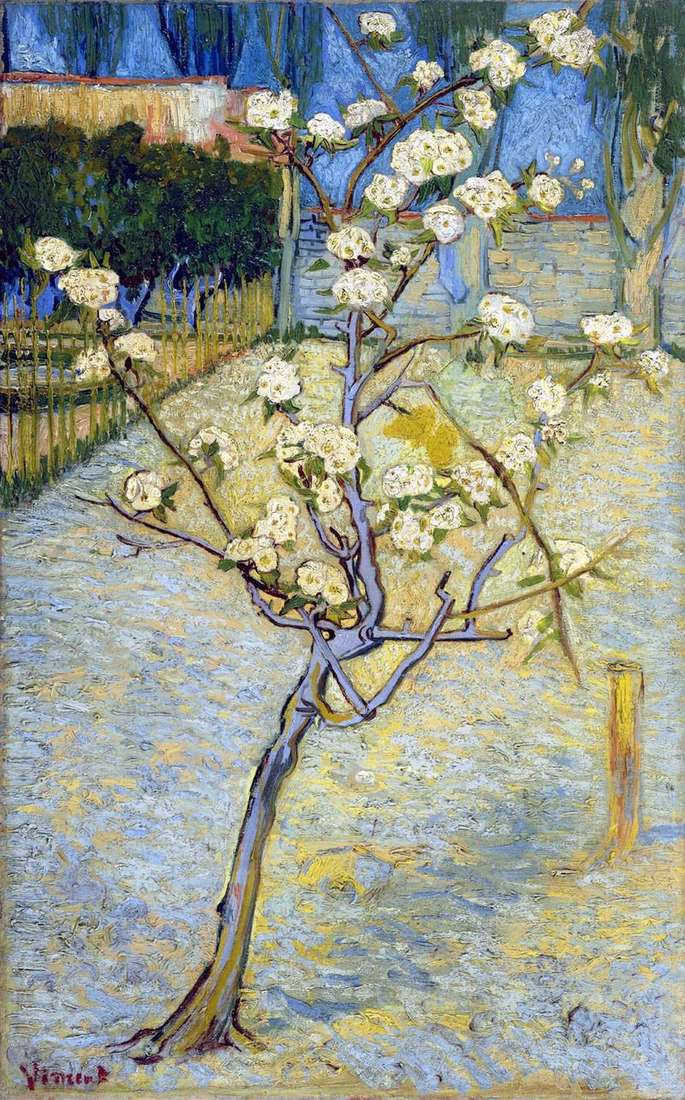 In Paris, Van Gogh was formed as an artist and wrote many unique interesting works. But the bustle of the big city and its climate very tired Vincent. He wrote that in the winter exhaustion of both physical and creative forces is experienced.

Therefore, he decides to move to the south of France. In February 1888 he settled in Arles. Soon came the spring, and its warmth gave Van Gogh new powers. The southern nature gave many plots for new canvases, and Van Gogh constantly painted under the open sky, capturing everything he sees around.

From May to April, from under his brush came fourteen paintings depicting flowering plums, peaches, almonds and other fruit trees. These paintings expressed endless admiration for the awakening nature.

In this work, Van Gogh depicted a completely blossoming young pear tree. The artist lovingly wrote out the subtle outlines of his branches. The color scale of the picture is based on a gentle combination of pastel tones. The blue color of the distant plan passes to the ground under the tree and to its trunk. Flowers are represented by large light spots, against their background, a large yellow butterfly is almost lost.