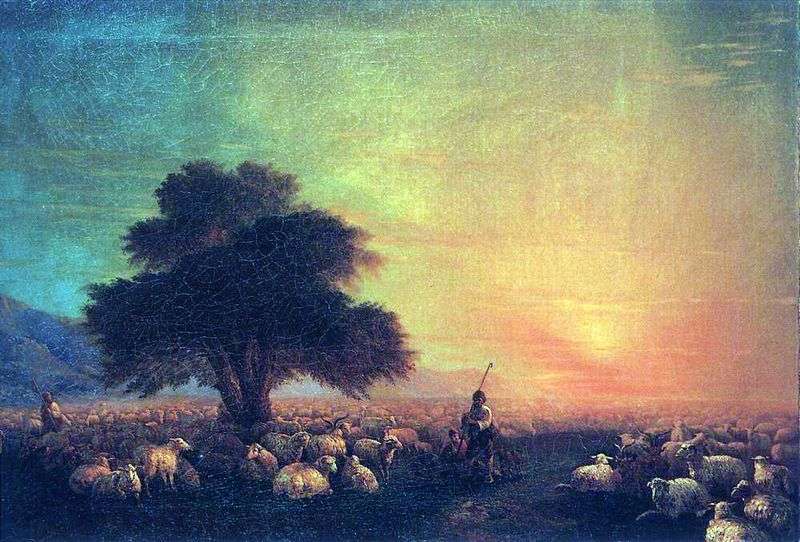 Artist with Armenian origin Aivazovsky Ivan Konstantinovich was very fond of the sea and devoted a lot of his paintings to this particular element. But there are in his arsenal and several works such as “Otar sheep”.

The canvas shows the end of a summer day. The sun is already setting over the horizon, beating off the last red-yellow lights of the flame. The whole sky is flooded with this light. In the foreground the author showed a large sheep flock resting after a whole day of pasha and several shepherds. All of them try to settle down near the big green tree in the middle of the field.

This is the only place where it is possible to hide from the hot sunlight during the day. The flare is so great that it is not even visible in the sunlight. It seems that it occupies the whole field up to the mountains hidden by the evening veil.

What amazes me most is the ability of Aivazovsky to portray the air. It accurately and realistically conveys the evening haze, interwoven with the last rays of the sun. Everything depicted on canvas, it seems like in a fog, but from this the picture becomes only more beautiful and realistic.