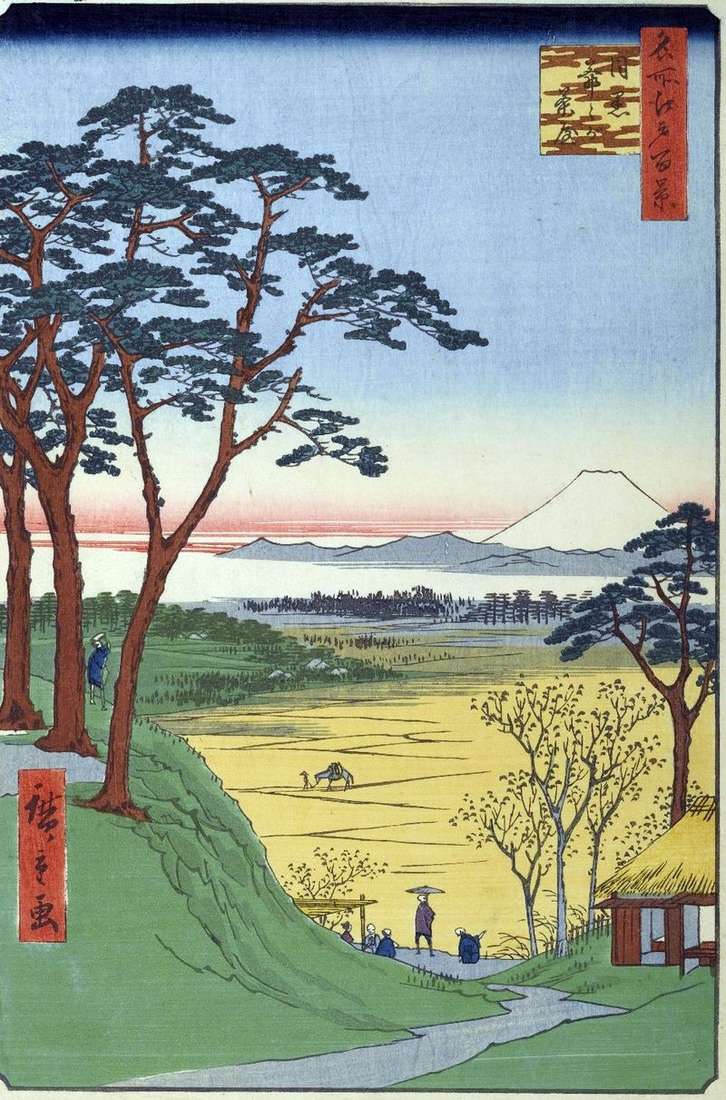 From the elevation, passing along the Megurogawa, a view of the rice fields and Mount Fuji was opened. Here was a famous temple dedicated to Fudo-Meo. The area of Meguro was also famous for the fact that Mount Fuji was well visible from any point of it. On the slope of Tiayazak, among the Japanese red pines was a tea pavilion, which was called Fujimityaya. He had a beautiful view of Fuji, so the tea-room got such a name. It is also connected with the history of visiting the tea third shogun Iemitsu during his falconry. Iemitsu stayed here for a while and was serviced by old spouses. In memory of this visit, the tea house began to be called “Dzidzigataya”.

In the engraving it is depicted on the right. From her opened a view of the flooded rice fields, which crosses the traveler with a horse. On the horizon, at the foot of Fuji, Tandzawa mountain range is seen. On the left in the foreground is Mount Oyama. The fog line in the foothills of Fuji in the late edition is as bright as the mountain itself. The clothes of travelers, admiring the beautiful view of Fuji, are painted in darker colors and stand out against the backdrop of the paddy rice fields.