Home ⇒ 🎨Holbein Hans ⇒ Do not touch me! by Hans Holbein 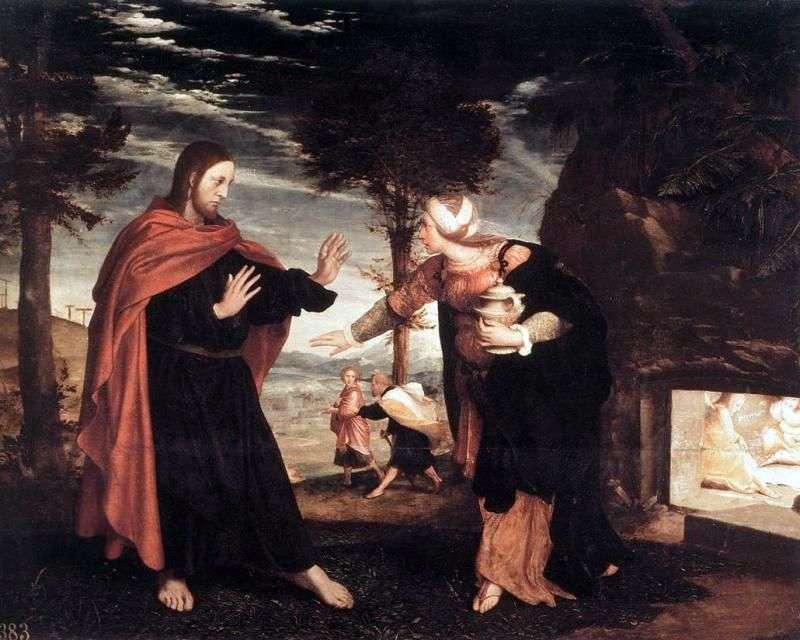 The painting depicts the moment of the meeting of Christ with Mary Magdalene. Maria – in Christian traditions a woman from Galilee, one of the myrrhbearers. According to the Gospel narrative, she was healed by Jesus Christ from possession of seven devils. After this, she followed Christ, served him, sharing her property, attended Calvary at his death and witnessed his burial.

After the Saturday’s ban on business and movement passed, she went to the grave of Christ with other myrrhbearers, found her empty and was notified by the angel about the resurrection of Christ. When Mary Magdalene saw her risen teacher, she did not recognize him, having mistaken him as a gardener; after instant recognition and impetuous aspiration to him, his words stopped him: “Do not touch me.” She was entrusted with the mission – to announce the resurrection to the apostles.