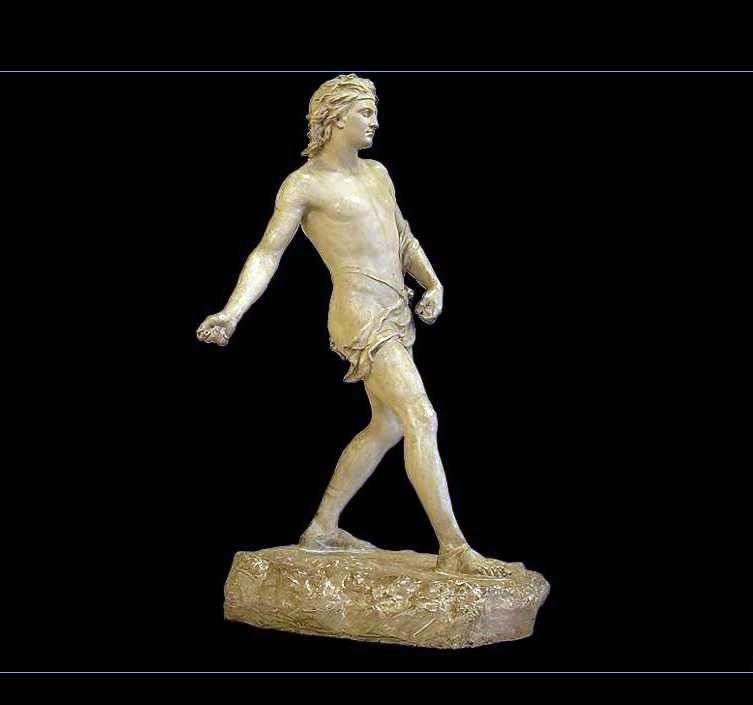 It is executed as the academic program on a theme “David throwing a stone”. For this statue in 1878, Bach received the second gold medal. David – an ancient Israeli king of the early X century BC. e., the history of the reign of which is set forth in the Bible. He killed the giant Goliath, throwing a stone at him and hitting him on the forehead. The history of David served as a source of themes for art.