Home ⇒ 🎨Aivazovsky Ivan ⇒ Coast of the sea at night. At the lighthouse by Ivan Aivazovsky 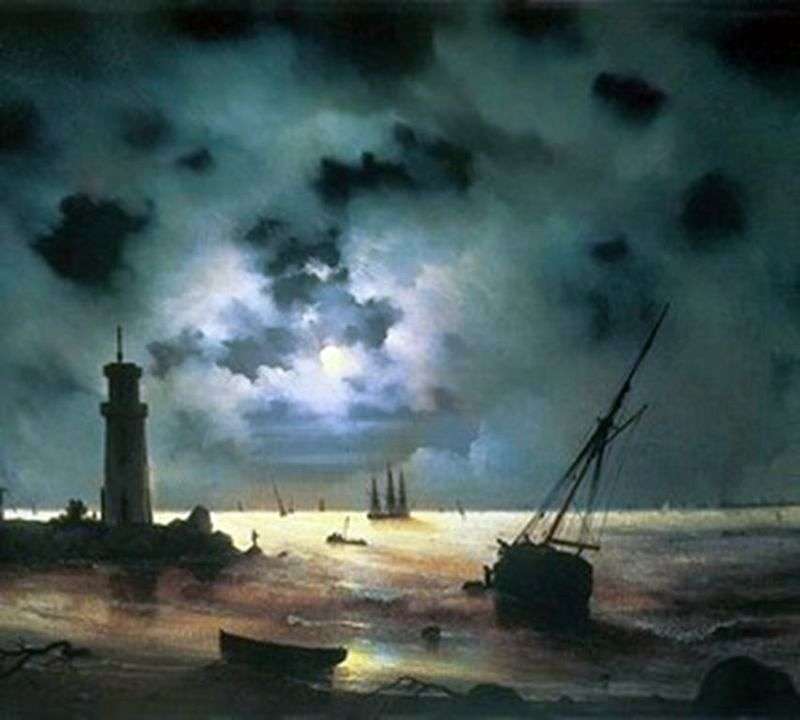 One of the earliest works of Feodosia’s collection of the artist and refers to the student period, when Aivazovsky was engaged in the Petersburg Academy of Arts.

The painting was painted in 1837. The apparent influence of MN Vorobyov, the teacher and mentor of the future greatest painter, is still noticeable: the sea is not as natural as in subsequent works, the sky is more likely to be intimidating than realistic, and the details of the picture from driftwood and boats in the close-up to the swaying in different sides of sailing ships at the horizon on the far side – would be more suitable for a canvas made in the genre of phantasmagoria.

Still noticeable, however – this is not blind imitation of the teacher, and not imitation of the models of painting, authoritative founders of the genre. Aivazovsky set himself the task of conveying the futility of human existence, as if squeezed from both sides by the water and air elements. Despite the fact that the plot of the picture unfolds at night, the moon did not rise so high above the horizon, and the lighthouse still does not burn.