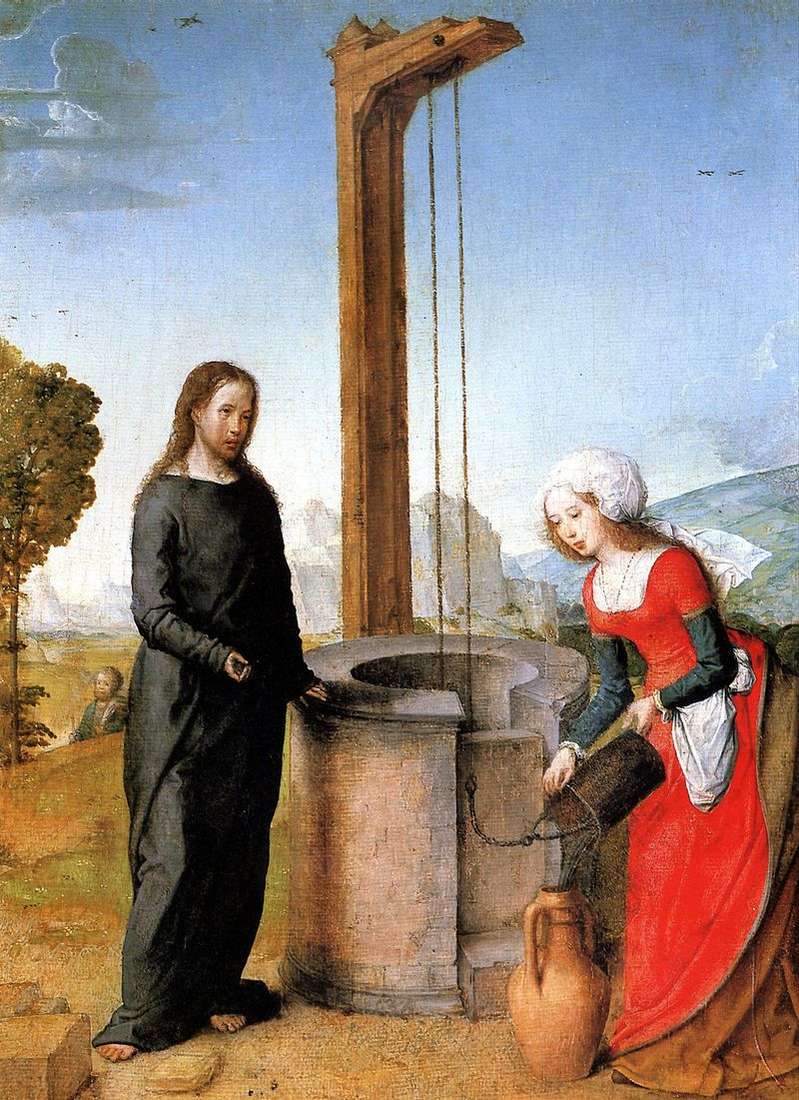 Juan de Flandes is one of the major masters of the Franco-Flemish circle of the late fifteenth and early sixteenth centuries. He was from Flanders, which was reflected in his nickname.

For a long time the master worked in Spain, and in 1496-1504 was a court painter of the Spanish Court. Judging by the surviving works, it can be assumed that the artist was formed under the influence of the art of Hugo van der Huss and the Flemish-Burgundian miniaturists, whose influence of artistic style is evident in the presented work “Christ and the Samaritan.”

Around 1500 Juan Flanderski performed his main creation – 46 paintings with scenes from the life of Jesus Christ for the oratorio of Queen Isabella of Castile. Up to now, 25 paintings have survived, which are in different museums around the world. One of them – the painting “Christ and Samaritan” is kept in the Louvre.