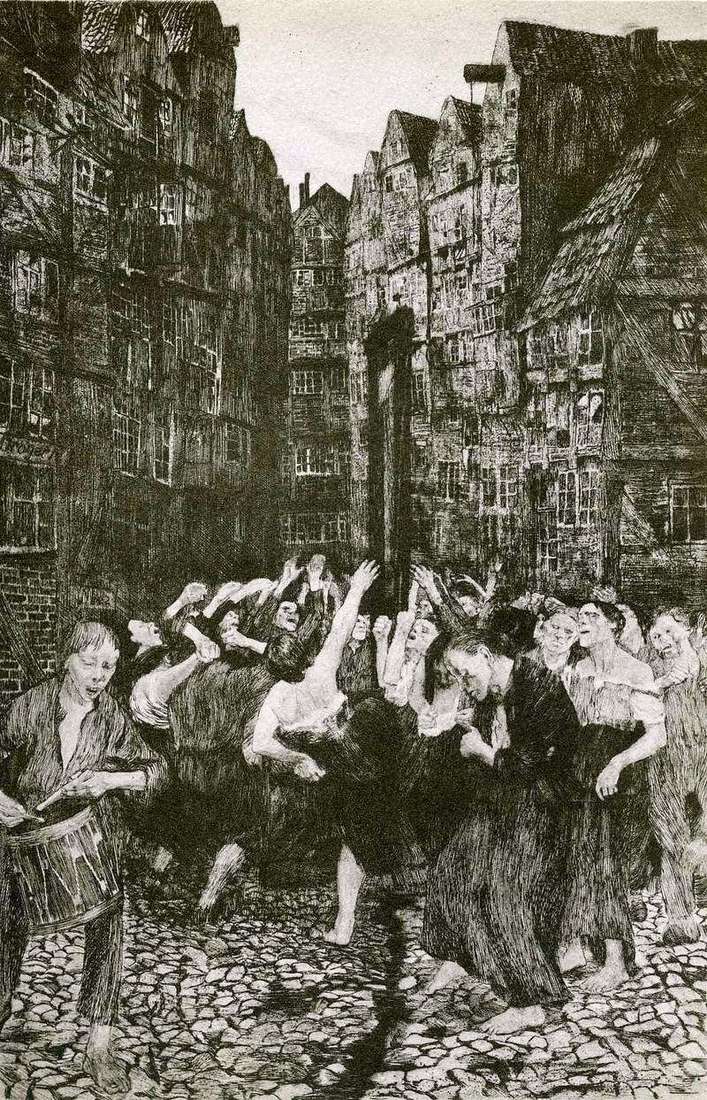 Kate was born in Königsberg, early showed a penchant for painting. She studied at art schools in Berlin and Munich, in the professional Berlin Academy of Arts. She was trained in easel engraving, which later was used in her lithographic cycles. Her independent cycles of etchings and lithographs for the first time pointedly and with an expression reflected the artist’s view of the needs and hard life of the common people. The attention of the master is concentrated mainly on those tragic circumstances in which all cruelty and uncompromisingness of a turning-down epoch was thrown out. K. Kohl-vits devoted most of her works to the proletariat of Germany.

Concentration and tension are also reflected in her “Carmagnole”, written in 1901. From Parisians dancing around the guillotine, it is not a holiday, but a tragedy of a whole generation of ordinary people involved in a bloody struggle. Most likely, “Carmagnole” was created under the impression of Dickens’s book “A Tale of Two Cities”. The technique of performing the work is incredibly complex, it combines aquatint and etching, the composition is based on the combination of individual figures in a common whole.