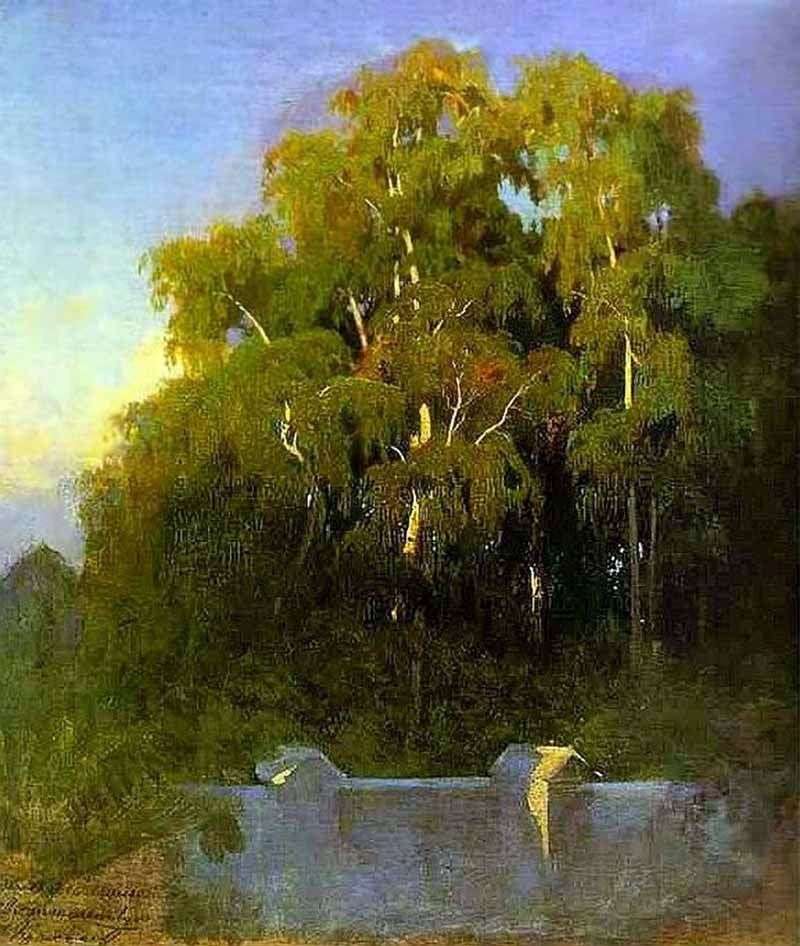 By the time of graduation Vasiliev had already met a number of artists and became his own in their midst. Particularly close were relations with IV Kramskiy, who took him under careful care, and with I. I. Shishkin, with whom he constantly worked on the nature. Communication and friendship with these remarkable people and artists became the main life and professional universities of the beginning painter.

Kramskoy, Repin, Shishkin loved this talented young man. They noted his rare poetic “musical” nature. All the difficulties Fedor overcame as if playfully. Defamming all friends and enemies with artistic brush. Something fascinating was in his natural sense of valera – harmony of tone and color.

Vasiliev’s youthful work shows a strong desire for a romantic perception of nature. In these pictures there is more action than mood; the artist is just beginning his discovery of the world.

Many of the pictures were conceived by him as blanks of future paintings. It is not by chance that they were often outlined in the frame, and sometimes the artist drew a lush large frame, representing the general view of the future picture.

Most often in his landscapes Fedor Vasilyev depicted nature in anticipation of a change in her condition. Sensual empathy to all the subtle changes and the very breath of nature allowed him to convey her inner spirituality. He himself, sharing the innermost, wrote, “that love of nature for him is equal to the love of God.”

The artist intuitively sought a new pictorial approach to the transfer of the changing color scheme of nature. This way of searching Vasiliev is found in a number of his works. Among them the etude “Birch grove by the evening”, probably written by him in the summer of Tambov province, takes its place.

The picture is written, unlike many other works of this time, a widely covering technique of painting, as if seeking to catch the light of the evening sun, which changed the color of greenery and emphasized the whiteness of the exposed branches on the birches. The compositional solution of the picture adopted here has itself naturally brought to the forefront the landscape structure of the created image with the beautiful moment of the state of nature transferred to it at the hour of the dying summer day. The harmony of the golden evening light and the soft sunset colors that illuminated the high sky and the crowns of trees at the shaded stone hedge was revealed by the artist in the general color scheme of this poetic landscape, as though affirming the ever-changing color variability inherent in nature.

In the picture, as it usually happens, there is no author’s signature, but on its lower edge Ivan Kramskoy made the inscription: “Etude F. Vasiliev testify I. Kramskoy.” This authentication of authorship was required when the artist was no longer alive, and his paintings and sketches enjoyed an incredibly great success among art lovers; for the authentic work of Vasilyev, landscapes were issued, which had nothing to do with him. Posthumous exhibition of the artist, arranged in St. Petersburg by the efforts of Kramskoy and opened in the winter of 1874, attracted a lot of attention. All the pictures were sold out before it was discovered.