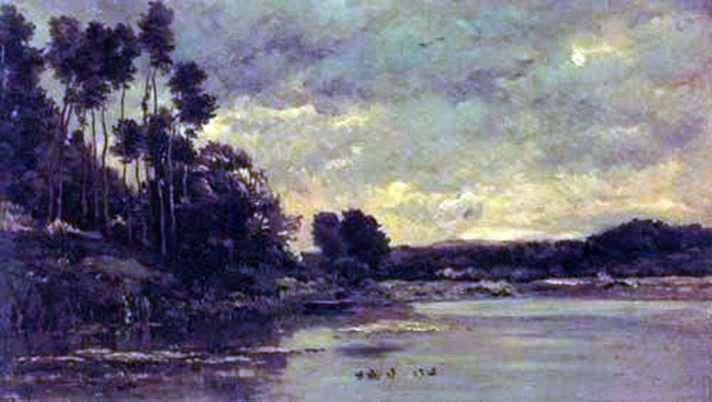 The greatness of ever changing nature became the object of admiration and reflection, admiration and sorrow of the French painter-poet, barbizonz Charles Dobinya. The artist devoted himself to learning, understanding of unique images, constantly changing landscapes, when one and the same look looks very different in the morning, than in the evening, and gives rise to other moods and thoughts.

Dobigny settled in a boat, in which he equipped a workshop for the convenience of movement and observation of nature and creation of native France species: washed roads, romantic coasts, lakes. The artist was born in Paris, he left the environment of artisans, traveled a lot, was in Spain, copied the works of the Dutch in the Louvre and earned a living illustrations for the novels of E. Sue, O. Balzac, V. Hugo. From 1843 he became interested in the landscape, worked in Barbizon near Paris.