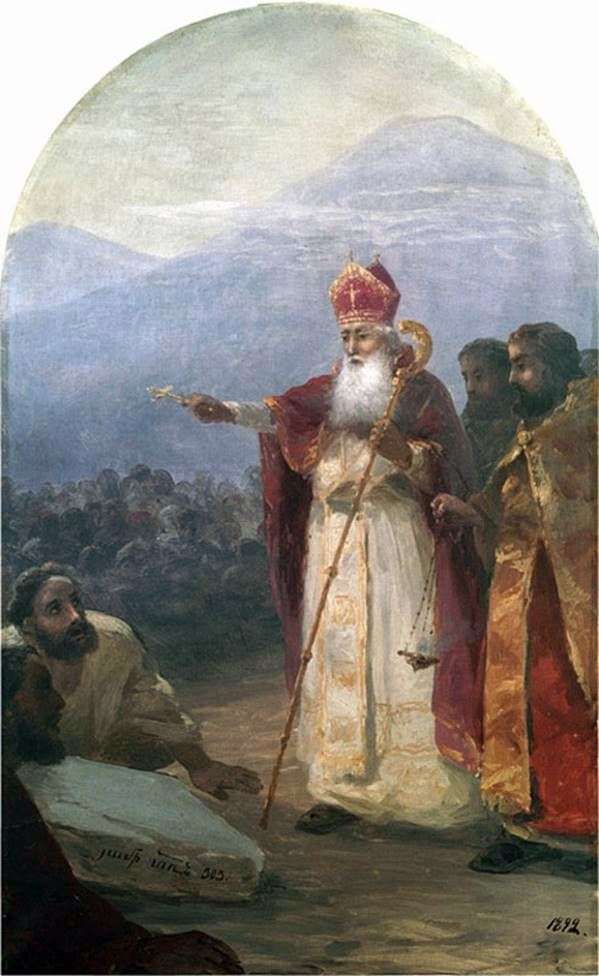 Belonging to the Armenian Apostolic Church, Aivazovsky created a number of paintings on biblical, as well as historical subjects.

Among the latter – “Baptism of the Armenian people” and “Oath, the commander Vardan”, at one time adorned one of the Feodosia Armenian churches and aroused in the parishioners patriotic feelings.

The plot for the painting “The Baptism of the Armenian People” served as a turning point in the history of Armenian culture. Its flourishing was facilitated by the adoption of Christianity by the Armenians. At the very beginning of the IV century, under King Trdat III, who, in the fight against the expansion of the Persian power of the Sassanids, relied on Rome, this religion was legalized as state. Armenia, thus, is today one of the most ancient Christian states.