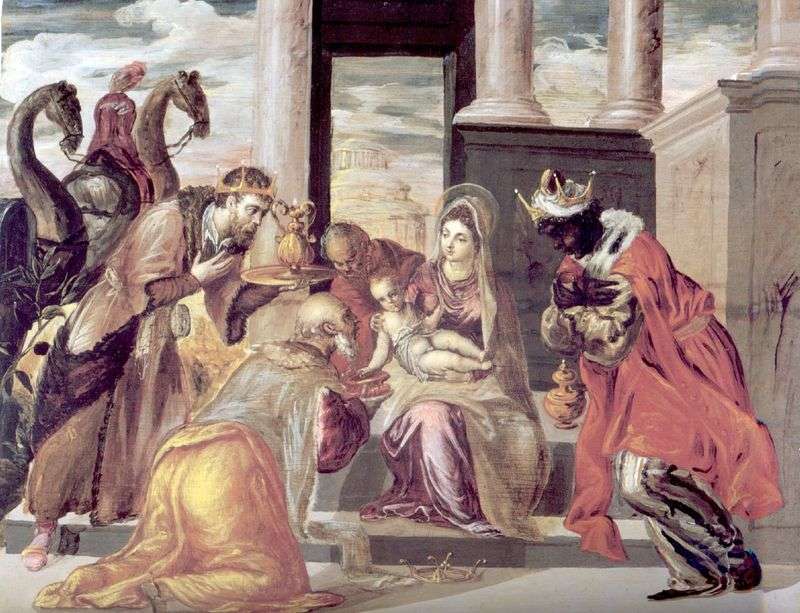 In the eighteenth century, this painting was attributed to Giovanni Lanfransso, and later to the Bazzano family. Since 1951, El Greco’s authorship has been officially accepted, but nevertheless, there is a connection between this picture and the works of Bazzano. Perhaps this particular picture was the first work of the so-called cycle of “night” paintings by El Greco.

The artist repeatedly turned to the theme of Adoration of the Shepherds, one of the early works known to us – the Fold of the Modena Polyptych, created several years earlier.